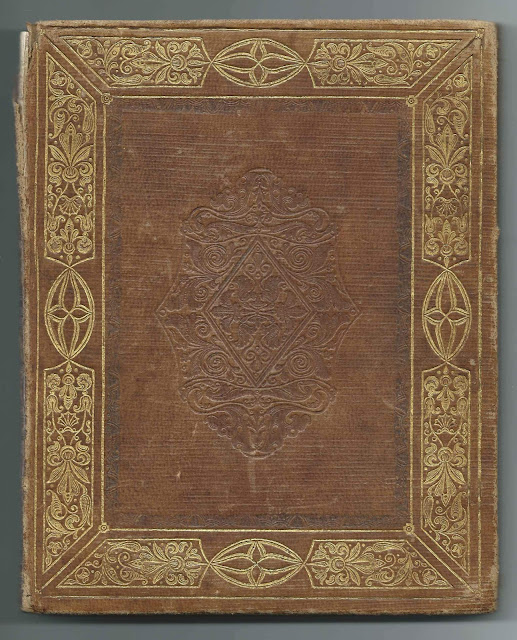 Autograph album that belonged to a Catherine, presumably from the Rhinebeck, New York area, as that is the only place mentioned.

The album contains the calling card of Mrs. Edwin Hill.  Interestingly, an Edwin Hill (1820-1905) lived his adult life in Rhinebeck, New York; even more interestingly, his wife was Catherine (Cramer) Hill (1823-1913).  This Catherine may have been the album's owner. 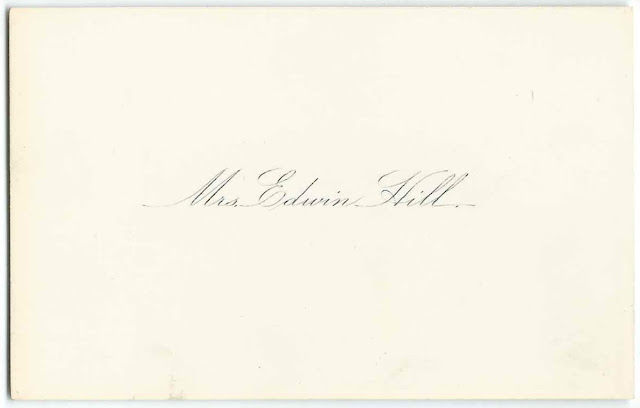 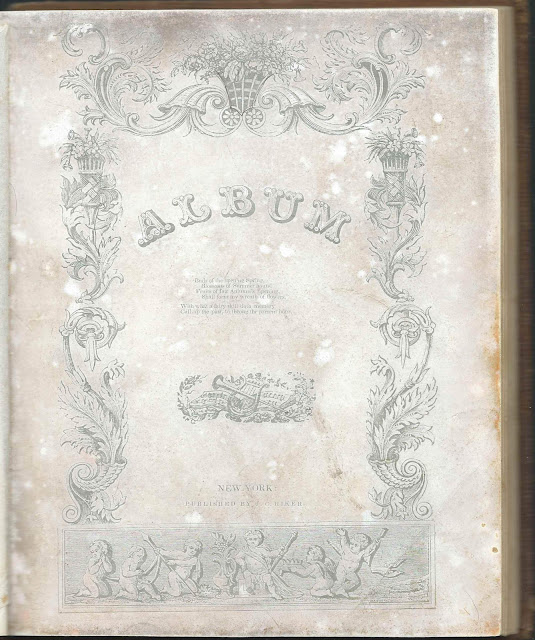 In addition to the eight inscriptions are four hand colored engravings of flowers. 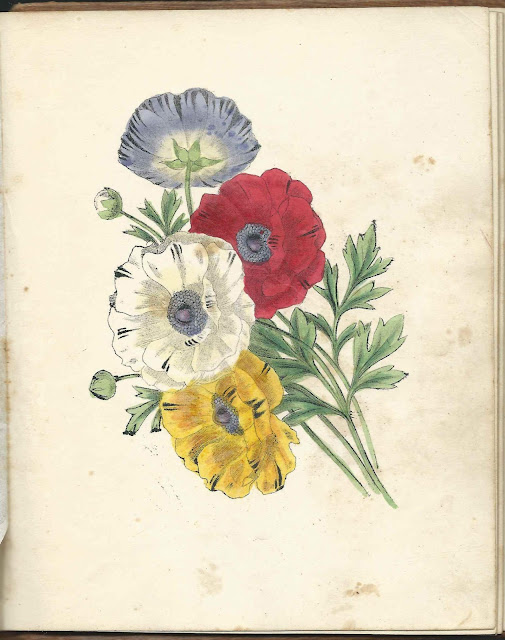 Only two of the inscribers and the calling card reveal a surname, but I was able to tease out what I believe is the surname of a third.  Those surnames are: 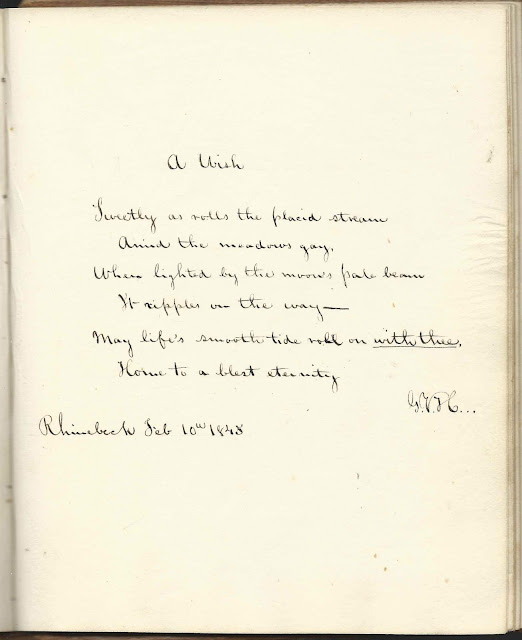