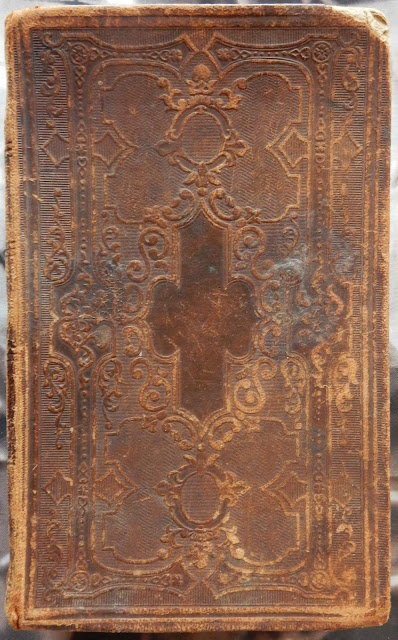 The birth dates of Edward and Edna were entered after the fact, but entries marking the births of their two children were presumably written at the time of the events. 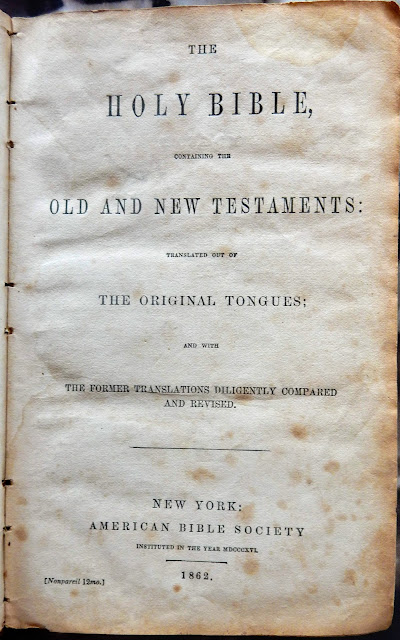 The handwriting is hard to decipher; if you have a different interpretation, please advise.

A page, below, recording births in pencil. 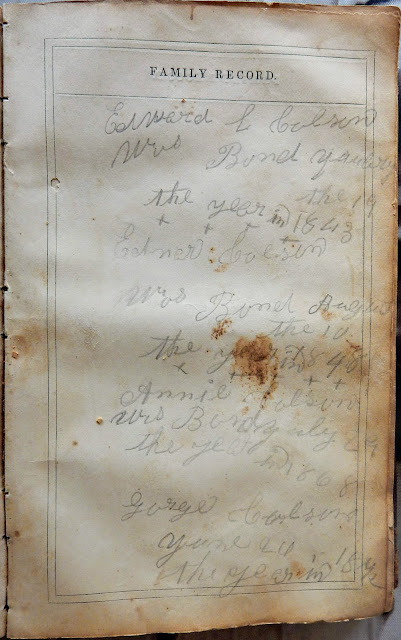 No entries on the page below. 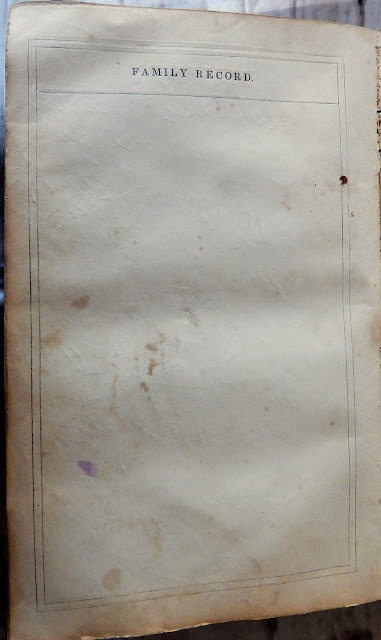 A page, below, recording the same birth information as above, but in pen. 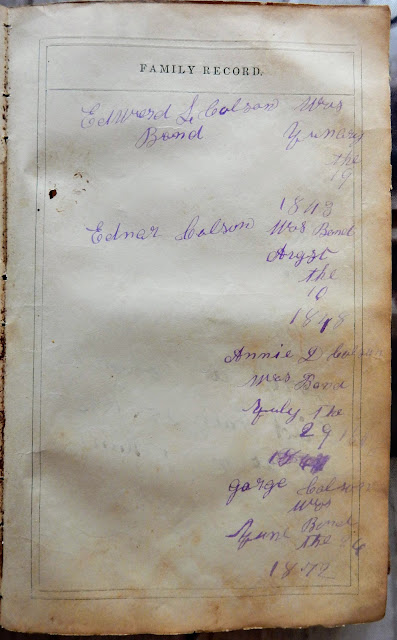 A page, below, recording deaths in the family. 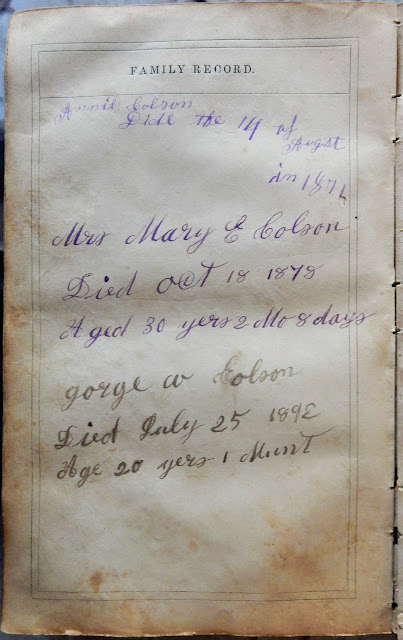 Edward L. Colson, as mentioned above, in 1895 married Edna's older sister, Laura A. (Harriman) Harriman, widow of Ozias Harriman, with whom she had had several children.  Edward and Laura had no children of their own.

Sadly, Edna Colson outlived one of her children, and Edward outlived both of them.  He died in 1917 at Buckport, Maine, and is buried in the Evergreen Hill Cemetery there, with Edna and their daughter and son.

If you have corrections to the information above, or more information on the Colson family, please leave a comment or contact me directly.