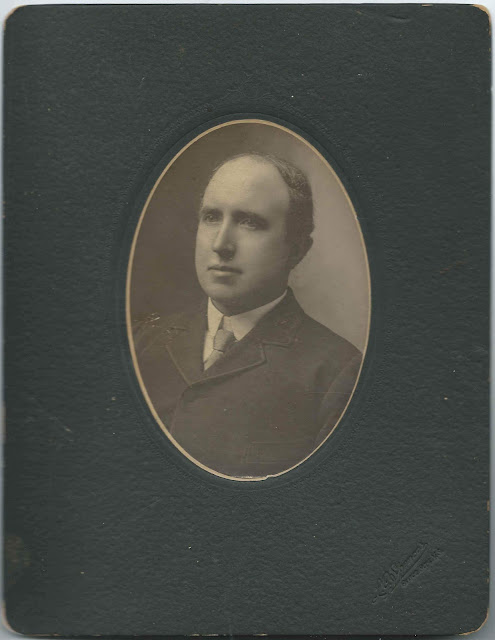 Photograph of a young man identified on the reverse as "Norman MacKenzie, Laura Stubbert's husband".

The photograph was taken by the Spencer studio of Glace Bay, Nova Scotia.  The photograph itself is about 3-1/2" by 5", set on a mat measuring 9" by 7". 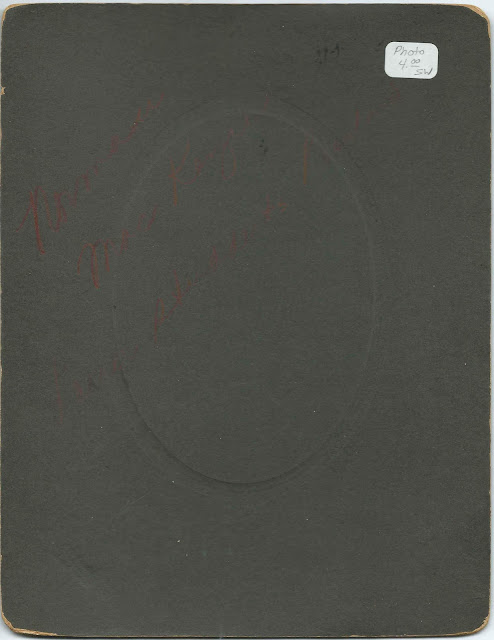 Norman MacKenzie and wife Laura Hazelton (Stubbert) MacKenzie were both born about 1868.  They married at Sydney, Nova Scotia, on June 25, 1895.  Laura was the daughter of Mathew Stubbert and Amelia Ann (Hull) Stubbert.

According to the marriage record of their son George Franklin MacKenzie, who married Annie Hilda MacKinnon in 1926, Norman MacKenzie was born at "St Anns, Vict. Co., Cape Breton".

I found a Find a Grave memorial for a Norman John MacKenzie who died in 1946 and is buried in the Greenwood Cemetery at Glace Bay, Nova Scotia, but I don't know if this is the Norman MacKenzie pictured, as there were at least two men with the name Norman MacKenzie in the area.

If you recognize the Norman MacKenzie in the photograph, from your family photographs or research, and can provide more details, please leave a comment or contact me directly.

Posted by Pam Beveridge at 6:21 AM