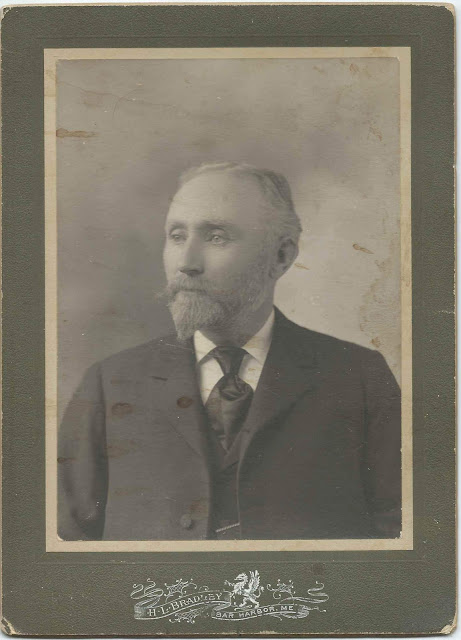 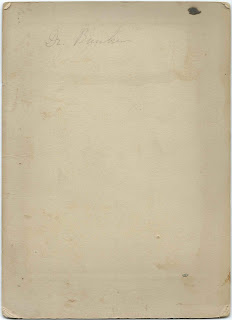 Photograph of a man identified on the reverse as "Dr. Bunker"; by the studio of H. L. Bradley at Bar Harbor, Maine.

The photograph was presumably taken before 1910, by which time Dr. Bunker had moved his practice to Bangor, Maine.

A Maine death record for Ida Augusta (Peters) Bunker shows that she died at Bangor, Maine, on October 27, 1919.

Dr. Bunker died in April 1924; a record shows that his body was first placed in the tomb at Mount Hope Cemetery at Bangor, Maine, and then removed to Blue Hill.  Perhaps Dr. Bunker is buried in the Seaside Cemetery, where his wife's parents are buried.

Posted by Pam Beveridge at 8:35 AM