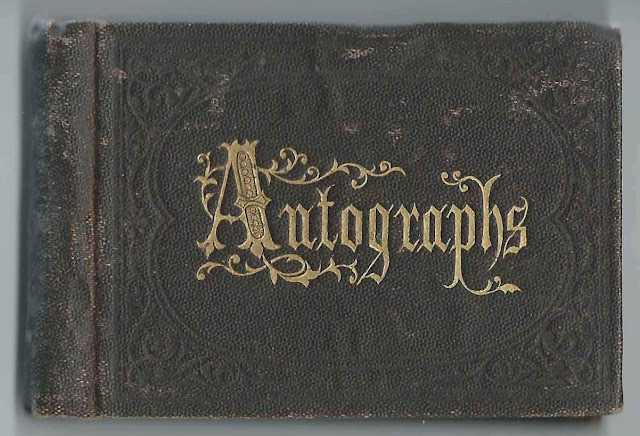 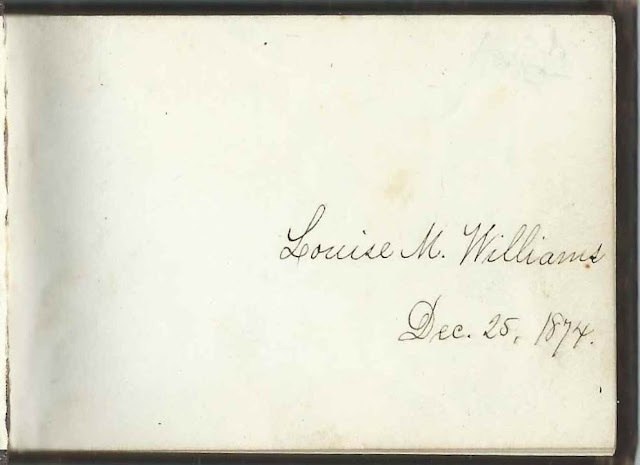 The album is a petite one, measuring a bit less than 3-1/2 by 2-1/2, and contains the sentiments of ten people, at least three of whom appear to relatives.  A surname list appears below and an alphabetical list of the inscribers and any personal information they offered, appears at the end of this post. 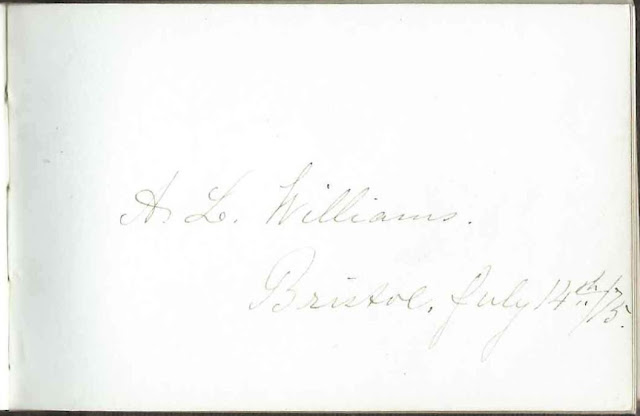 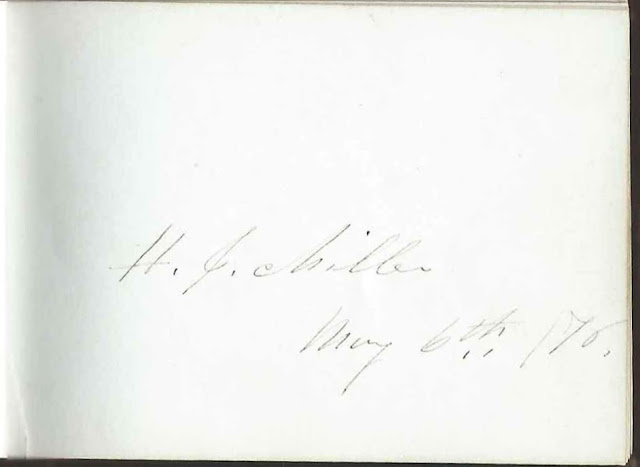 The next inscription was that of A. P. Waldron, who may have been Annie P. Waldron, presumably related to Harriet Jones (Waldron) Miller. 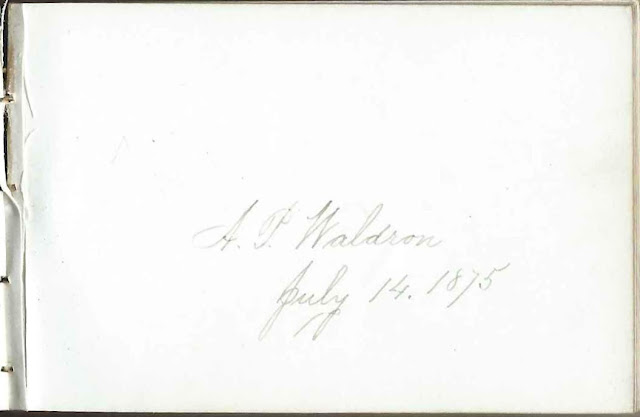 If you have corrections and/or additions to the information above, and if you can decode any of the initials of the inscribers, please leave a comment or contact me directly.

Perhaps a reader can decode the place in the inscription written partially by James Armstrong and partially by, I presume, one of his parents.  Patapsco ? - short for Institute?  There was a Patapsco Female Institute, and perhaps James was the son of one of the instructors. 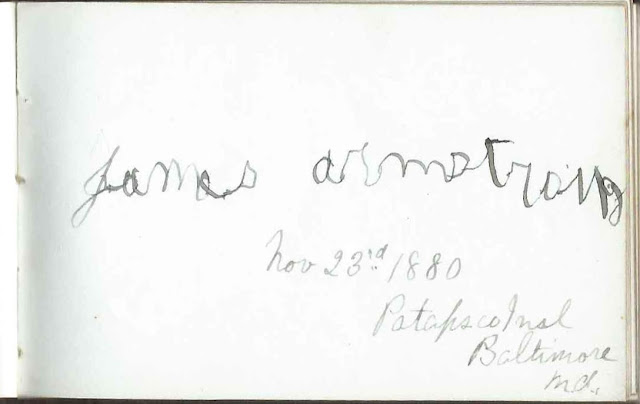