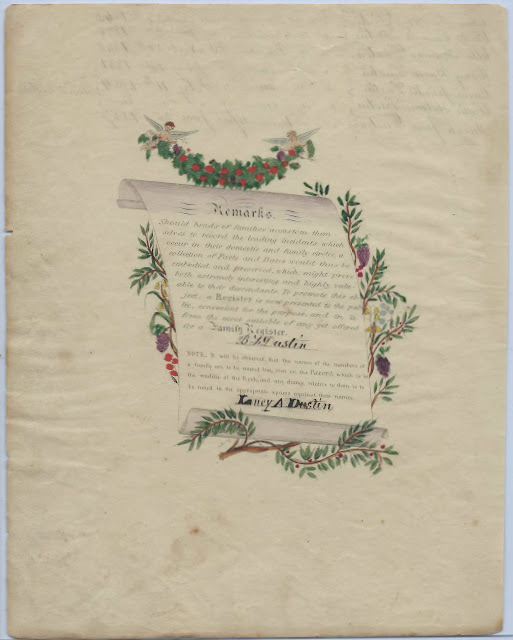 Approximately 9-1/2" by 7-3/4".  It seems like a handout advertising a company's blank family registers, which the Dustin family then used as its own register, with the names of B. F. Dustin and Lucy A. Dustin on the front and the names of their children on the reverse, along with the places and dates of their births.

The colored designs on the front appear to have been hand-painted, as far as I could determine from a pocket microscope, so it's possible that the register and the listing of the births are from the same era. 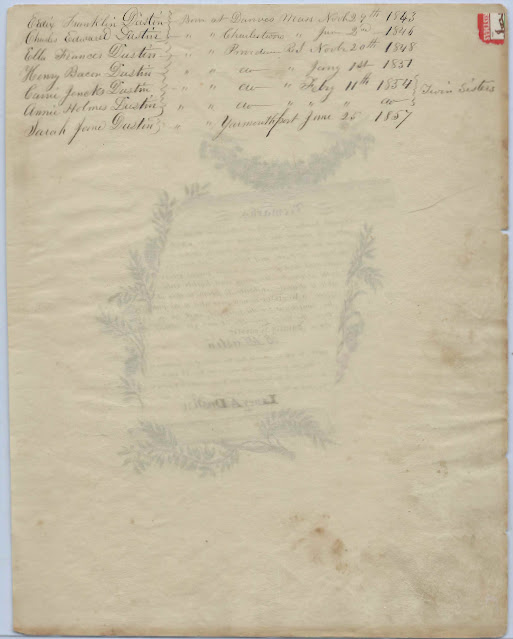 The reverse has the remains of what appears to be a more modern Christmas seal in the upper right corner.

The marriage record of Benjamin Franklin Dustin and Lucy Ann Farnsworth indicates that they were both living at Bolton, Massachusetts at the time of their marriage of June 9, 1842.

Note: Many online trees have Lucy's birthplace as Boston, Massachusetts, presumably from a misreading of Bolton as Boston on the original record.

The 1860 Federal Census shows the Dustin family living at Yarmouth, Massachusetts; Benjamin was working as a peddler.