1846-1870 Farm Journal of John Morrell of Eliot, Maine; Mentions His Children and Neighbors 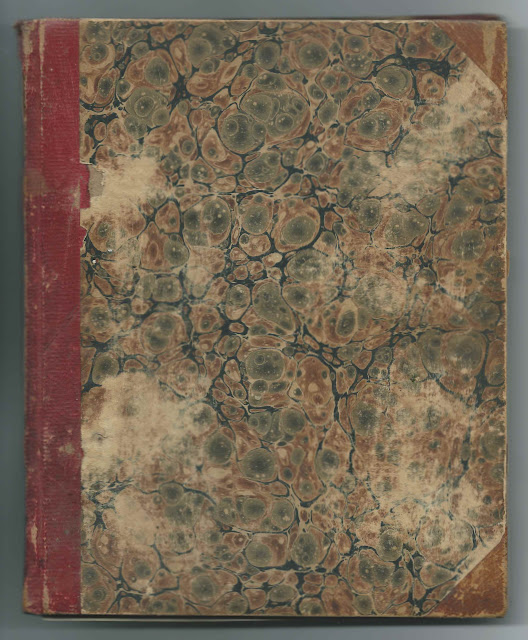 1846-1870 journal of the Morrell farm of Eliot, Maine, which includes many mentions of John Morrell and his son Benning Morrell, especially, and also of John's sons Andrew Jackson Morrell; Franklin Jefferson Morrell; and daughter Henrietta Morrell, as well as of other area folk.

The journal, with covers and spine, measures nearly 8-1/2" by 7".  A few smaller journal pages, measuring about 8" by 6-1/2" without the covers, are tucked in the journal and describe the farm's dealings in sheep, lambs and bees from the same time frame.

See images of the entire journal, and the pages tucked within, at the end of this post. 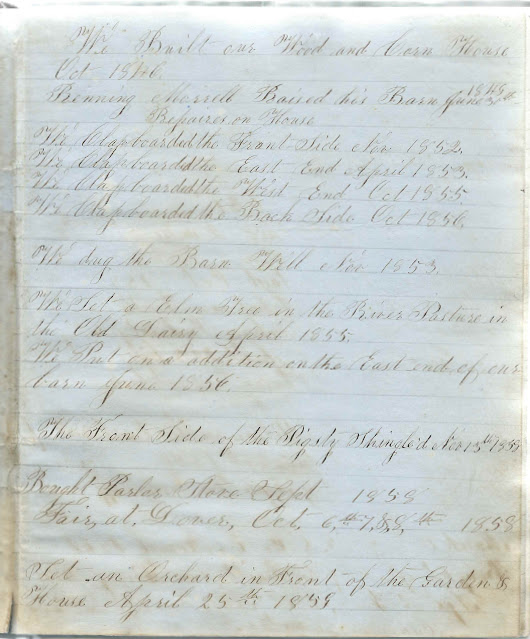 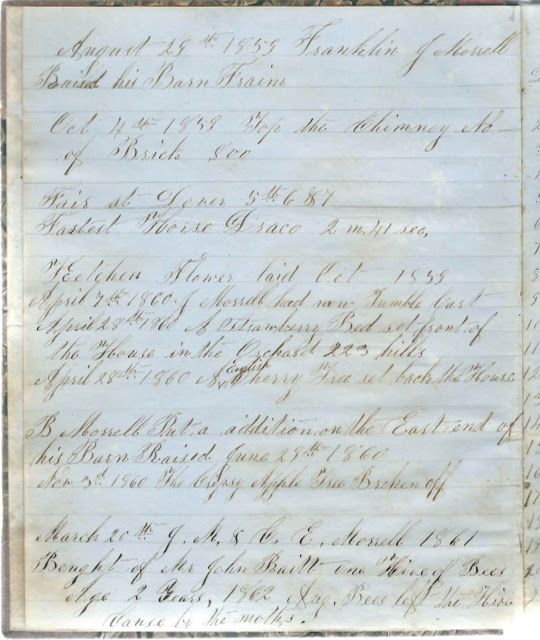 Sadly, no births, marriages or deaths are recorded, even of immediate family members.  Holidays mentioned in the journal:
Farm losses to the Morrells, and to their neighbors, were duly noted.

1859 must have been an intense year for lightning, as evidenced by the above and an entry that indicates Portsmouth, New Hampshire, was struck by lightning five times on June 21, 1859.   Another interesting phenomenon noted was the occultation of Venus by the Moon on April 24, 1860, which was noted on the line for April 25. 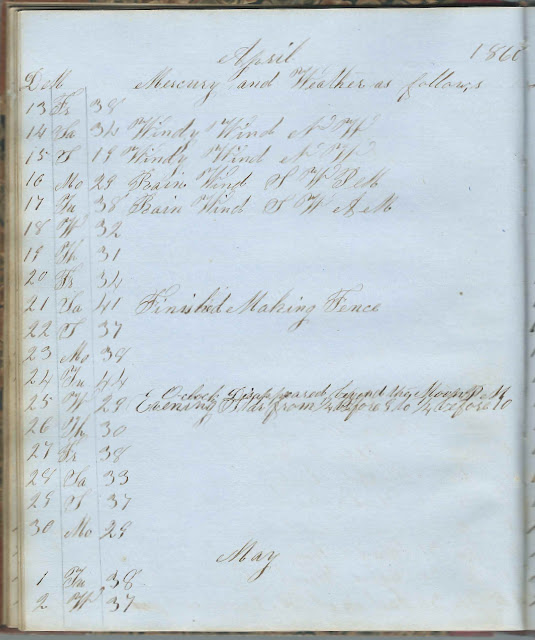 Places mentioned in the journal:

John Morrell was born October 17, 1797, the son of Joel and Hannah (Wilson) Morrell.    On November 15, 1821, at South Berwick, Maine, John Morrell married Sarah Jenkins, whose parents I haven't found, though it is tempting to think that the James Jenkins and Daniel Jenkins mentioned above were Sarah's relatives, or in-laws in case she had previously been married to a Mr. Jenkins.

John and Sarah had, I think, at least seven children, several of whom are mentioned in the journal:
If you have corrections and/or additions to the information above, please leave a comment or contact me directly.