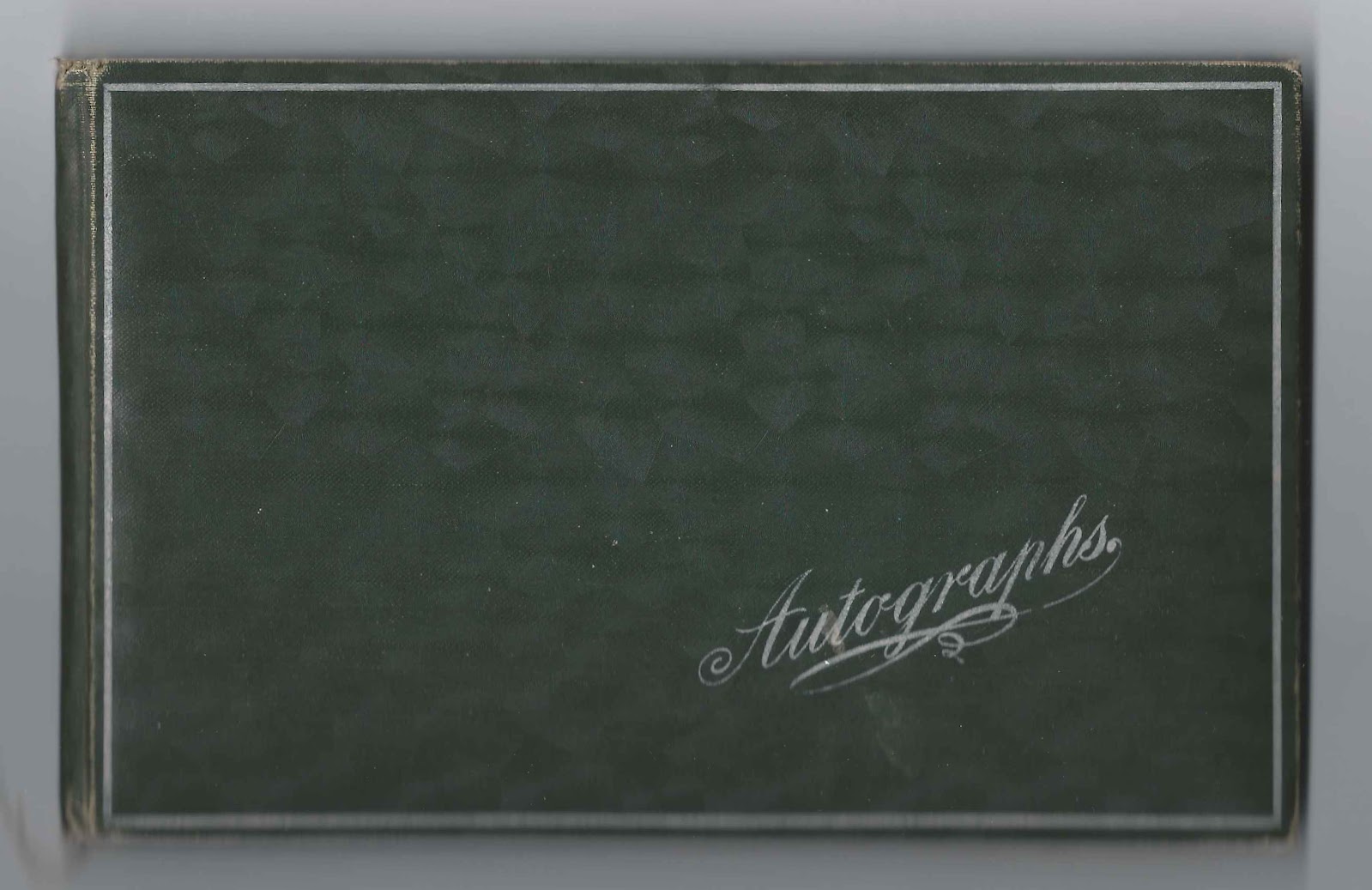 1908-1912 autograph album that belonged to a Viola of the Westport, Massachusetts, area.  She may have been Viola M. Briggs, daughter of Albert Bradford Briggs and Mary Elizabeth (Sherman) Briggs and future wife of Lester Clifford Lawson, whose 1890s-1910s autograph album was featured in another post.

Several of the signers indicated they were students at the school Rogers and Allens' at Fall River, Massachusetts.  A handwritten card with the school's name is inserted in the album. 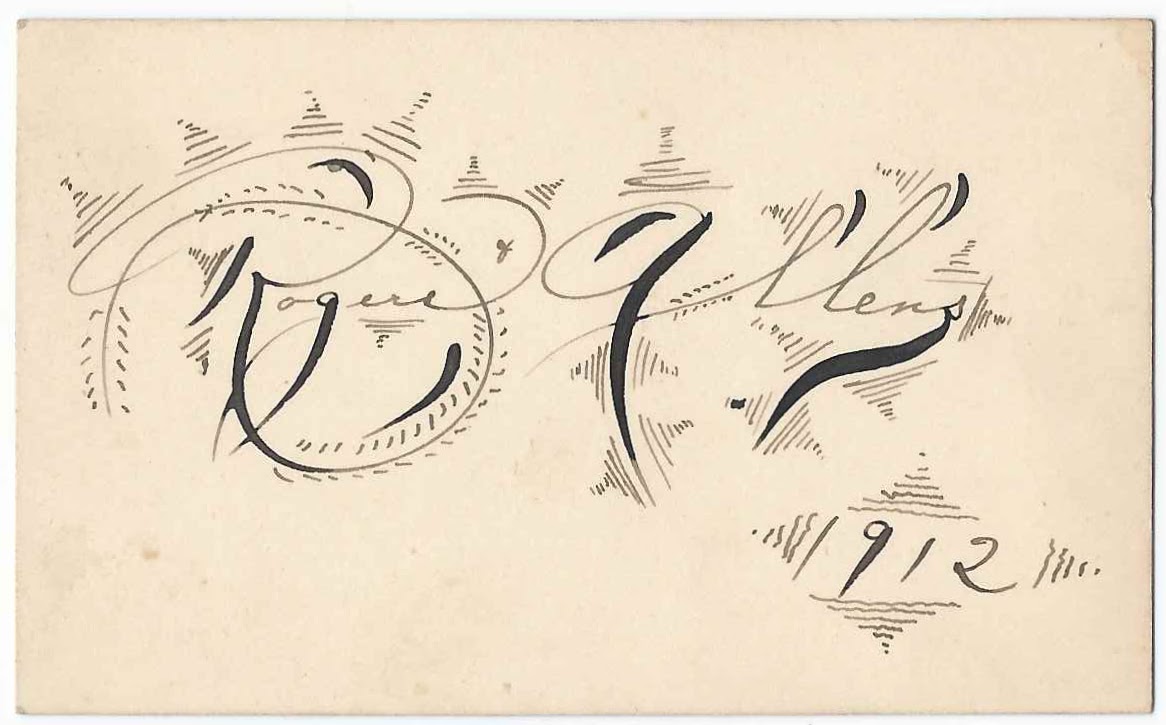 One of the signers, Leslie E. Livingstone sketched himself in a Rogers & Allens' jersey and included his calling card.  He gave his address as 1232 Plymouth Avenue, Fall River, Massachusetts. 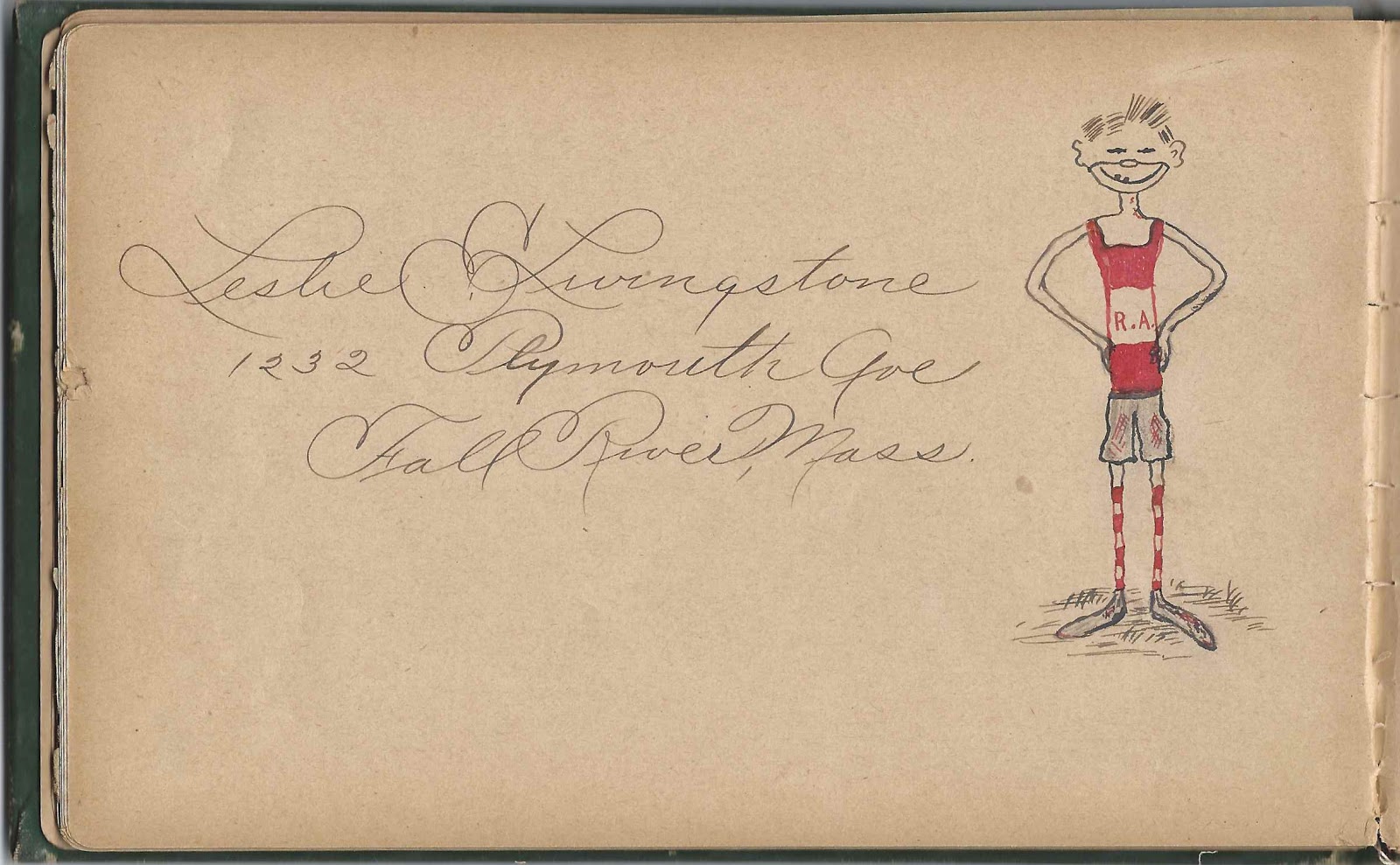 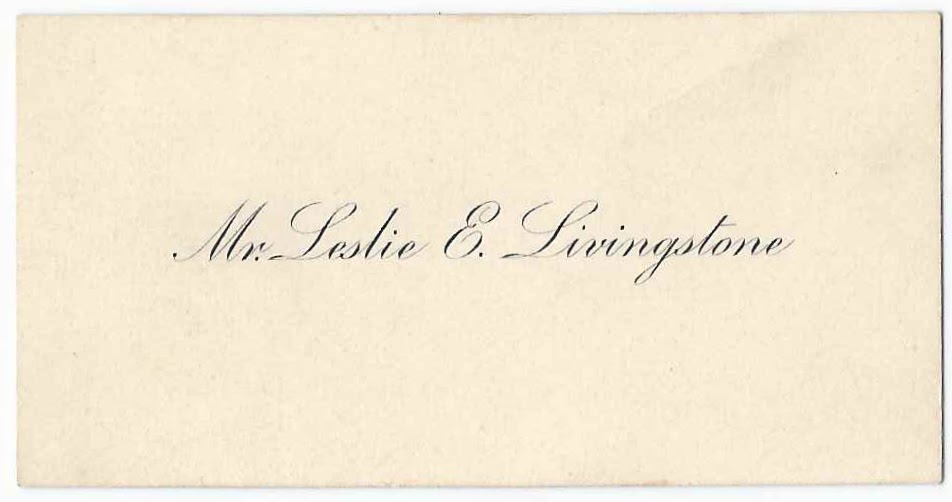 The album is approximately 7-3/4" x 5" and contains the sentiments of 54 of Viola's schoolmates, friends and possibly relatives.  An alphabetical surname list and an alphabetical list of the signers, complete with any residential and school information they offered, appear at the end of this post.

One signer mentioned W.H.S., which might have been Westport High School.  That signer was Janie M. Hull, who signed on January 5, 1909. 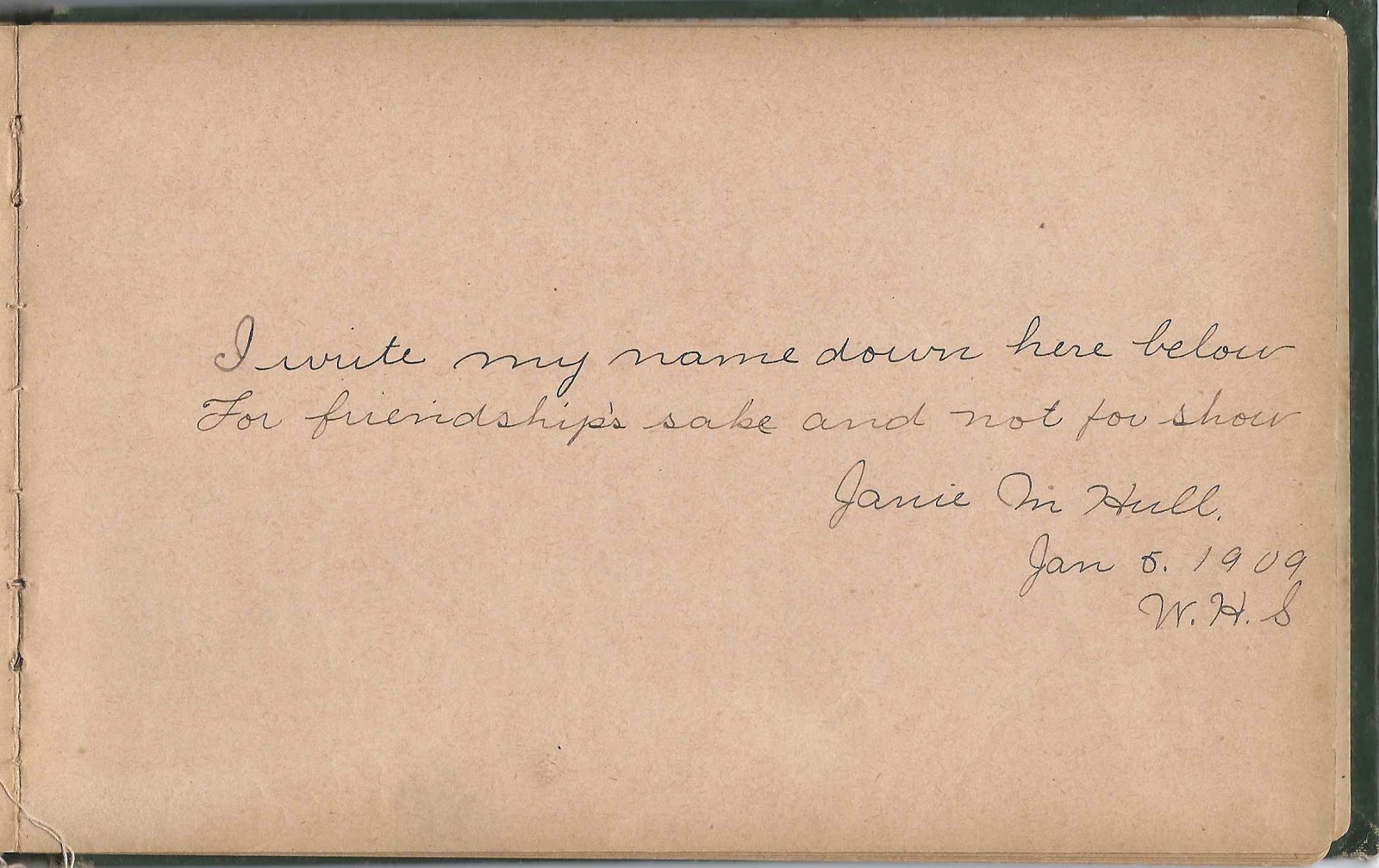 Several signers indicated they were in the Class of 1911 at Rogers and Allens' school.  One of these was Elsie Hathaway of Pottersville, Massachusetts, presumably at Somerset, Massachusetts; she signed her page on January 26, 1911. 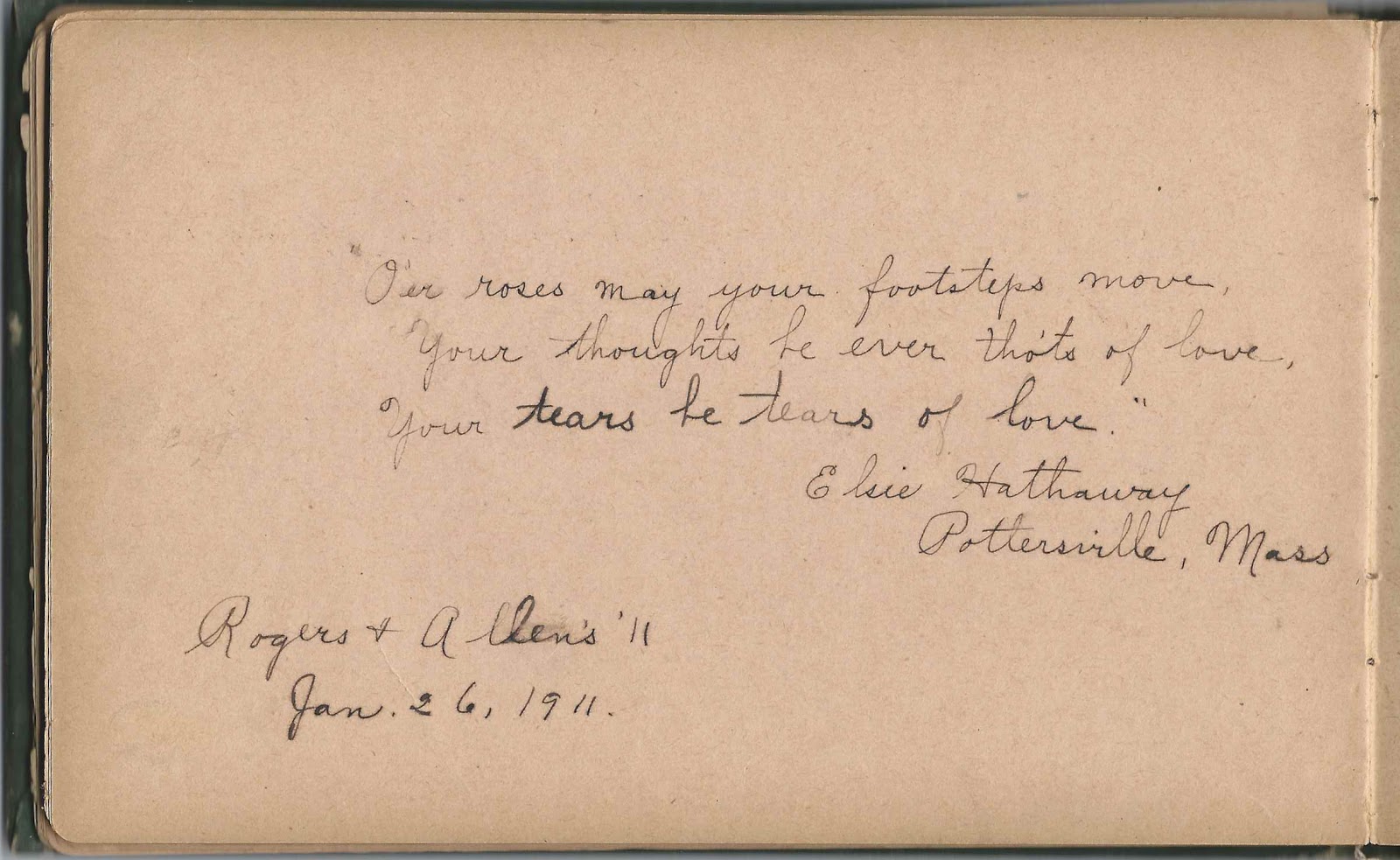 If you have a theory as to the identity of album owner Viola, or if you have information on any of the signers listed below, please leave a comment or contact me directly.  Thanks!

Signers in the album           [Note: Given names within a specific surname may not be in alphabetical order.]