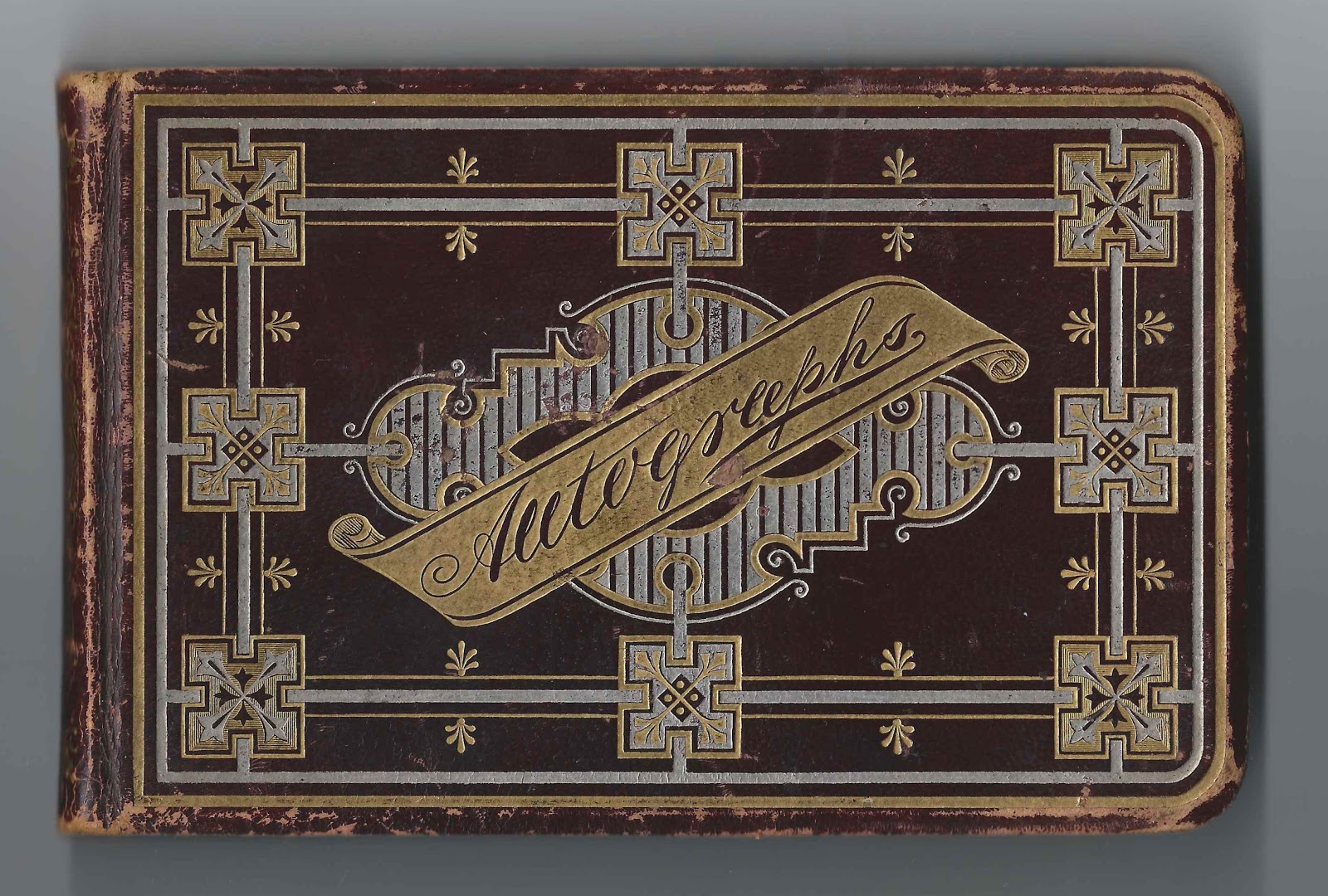 This album was found with a spelling book that was the property of a Miss Martha J. Munroe in 1848.  She was born in 1836, the daughter of William and Sophia (Williams) Munroe/Monroe.  Martha would later marry George Alfred Dunham.

Henry marked his album with his name in two places. 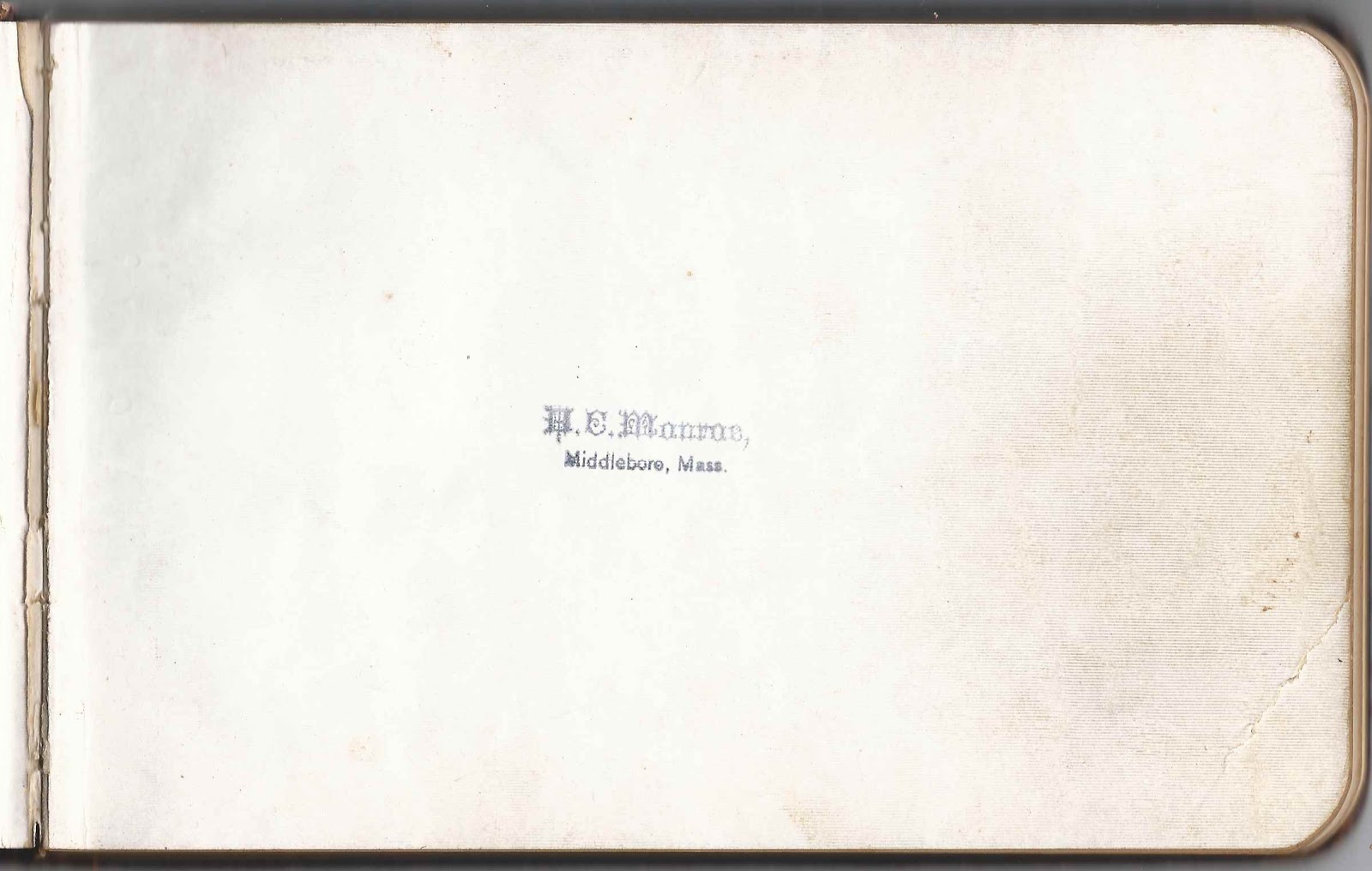 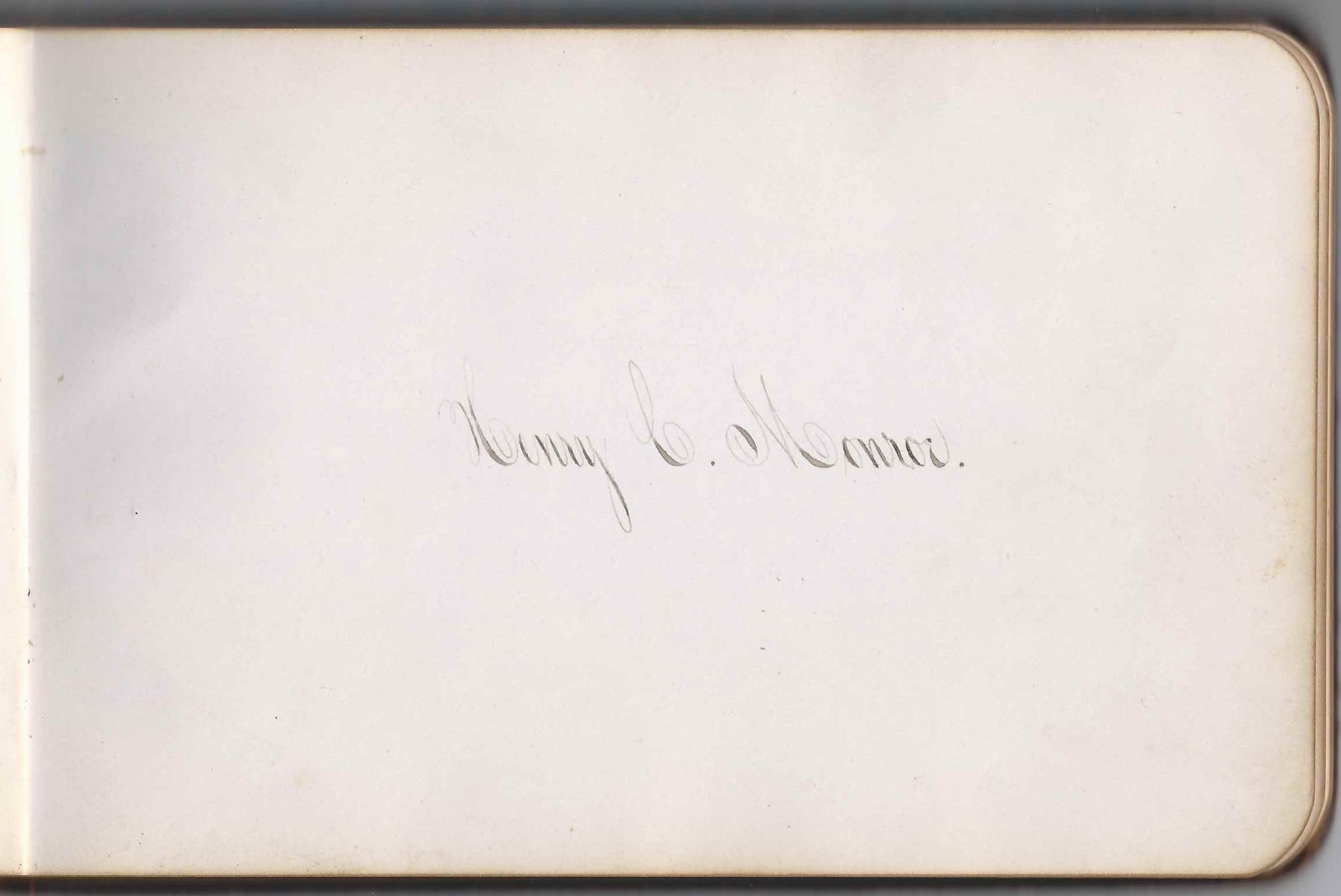 The album is approximately 7-3/4" x 5" and contains the sentiments of 31 of Henry's relatives and friends.  An alphabetical surname list and an alphabetical list of the signers, with any personal information, appear at the end of this post. 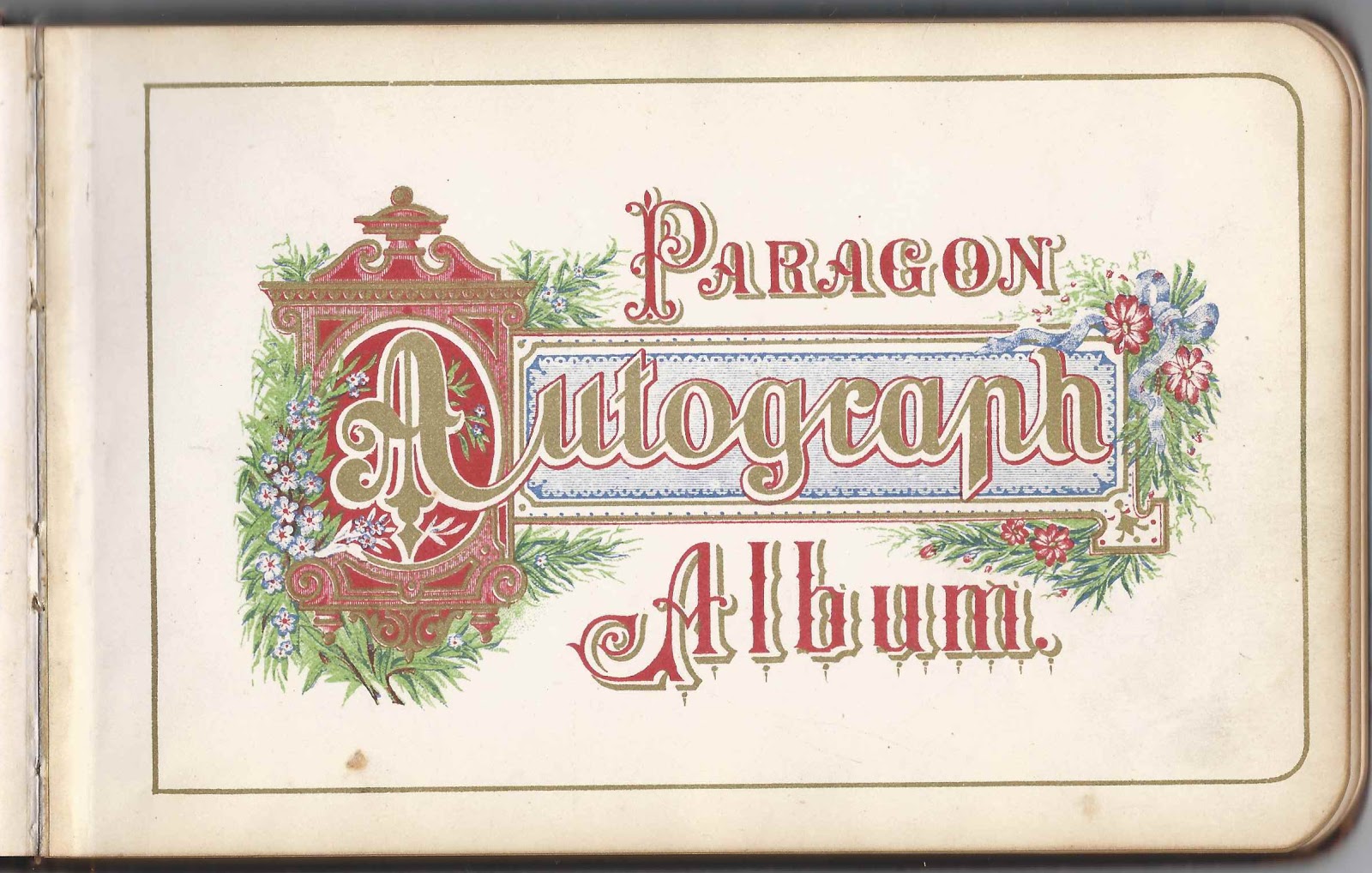 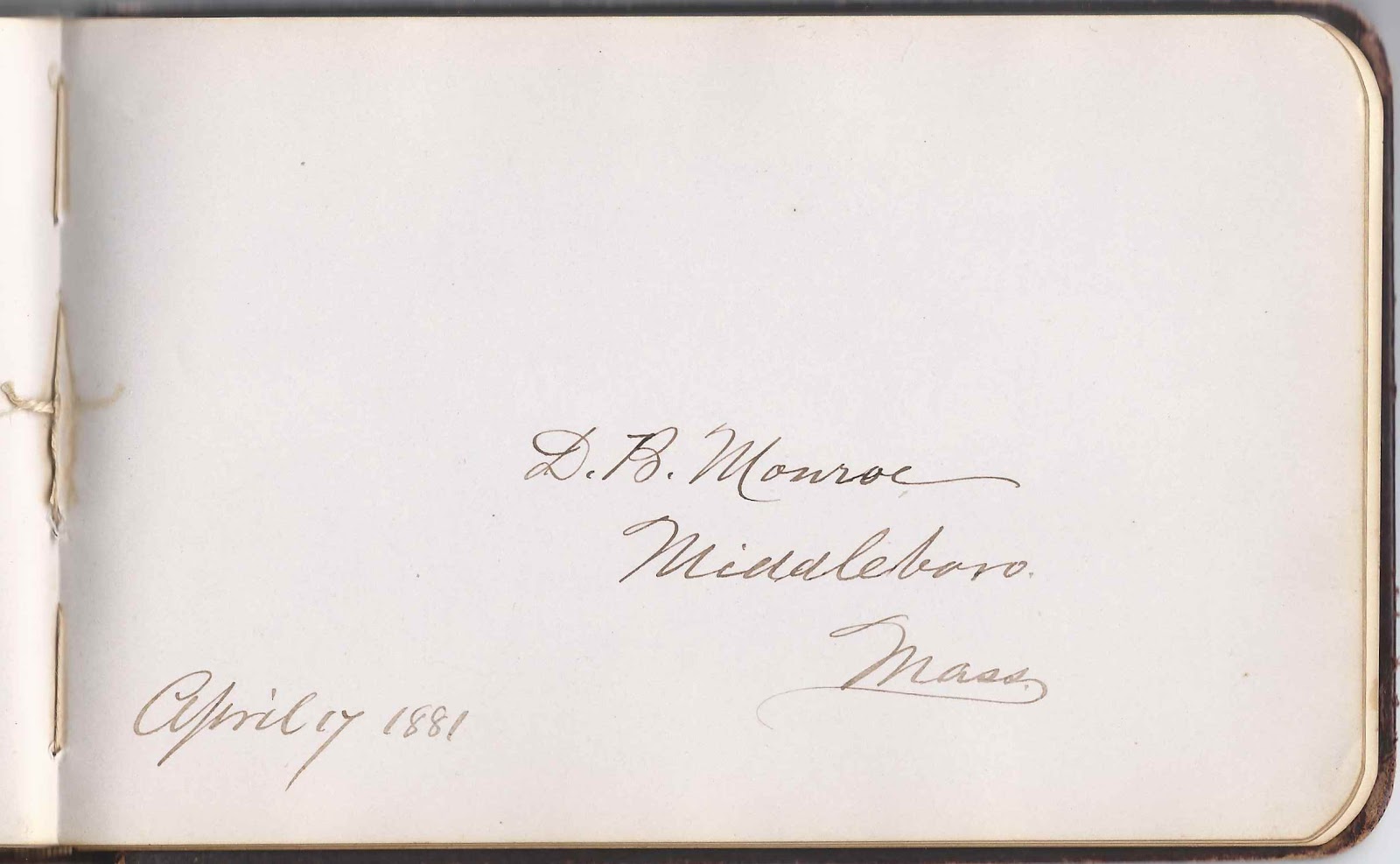 Henry Clinton Moore died at some point after the enumeration of the 1940 Census, at which time he and Bertha were living at Brockton, Massachusetts.

If you have corrections and/or additions to the information above, or information on any of the signers listed below, please leave a comment or contact me directly.  Notice that several of the signers were named Thompson and Loring.