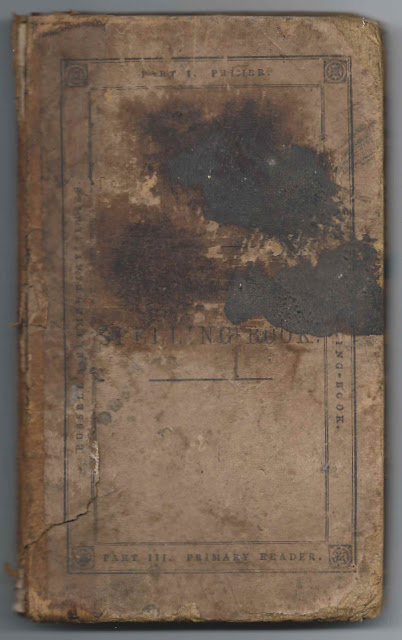 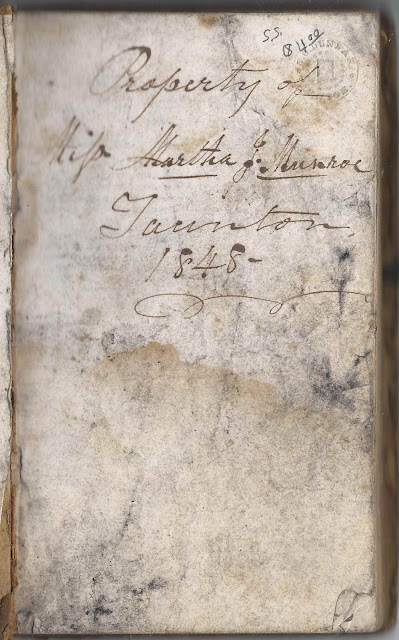 I believe they had five children:

Martha died in 1916 and George in 1920.  They're buried at Oakland Cemetery at Taunton, Massachusetts, with two of their children, Georgietta Dunham and Erford Clinton Dunham.  Their grandson, Howard C. Dunham, son of George Alfred Dunham, Jr., and Helen Tew (Lane) Dunham, is also buried with them.  Howard was born 26 January 1896 and died 13 August 1896.

If you have corrections and/or additions to the information above, please leave a comment or contact me directly.  Thanks!
The spelling book was published by Tappan, Whittemore & Mason, 114 Washington Street, Boston, Massachusetts about 1844.  Below are images of a few pages, some with doodling on them. 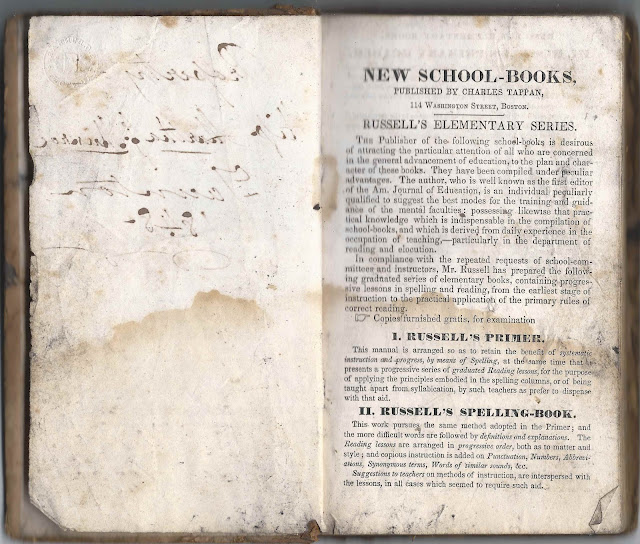 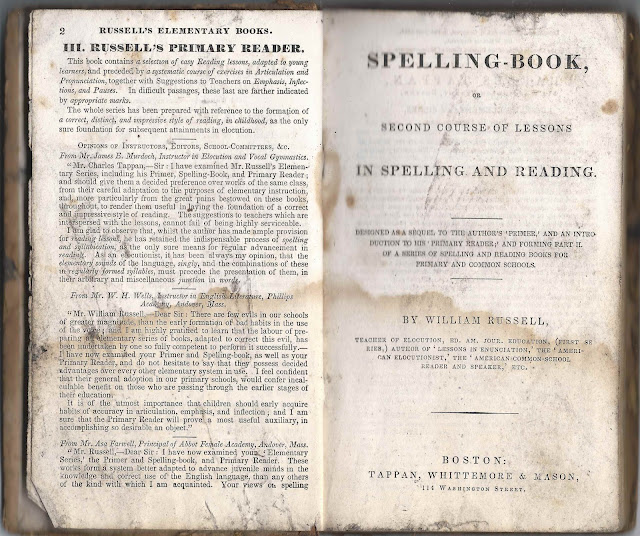 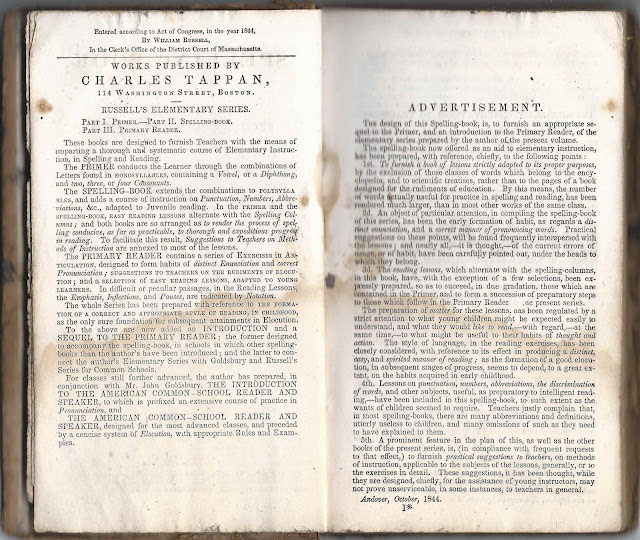 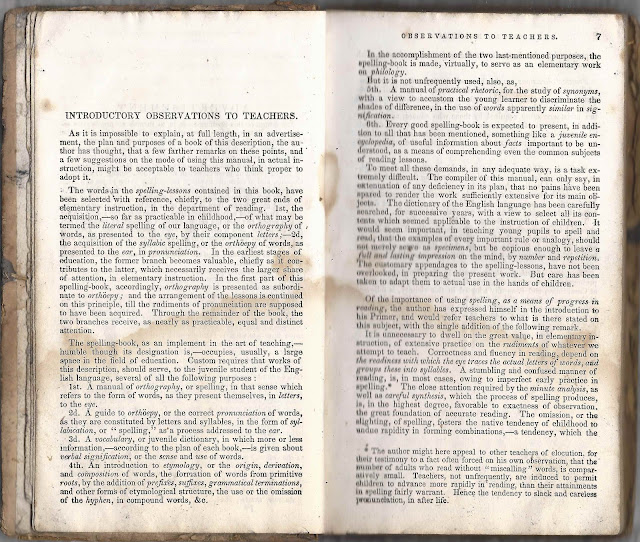 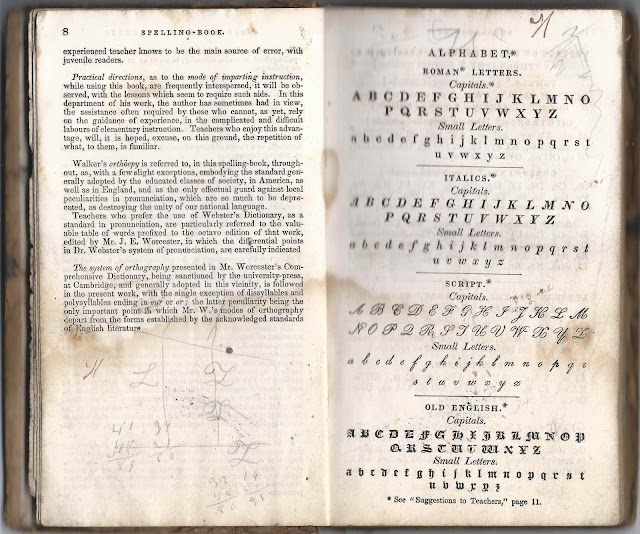 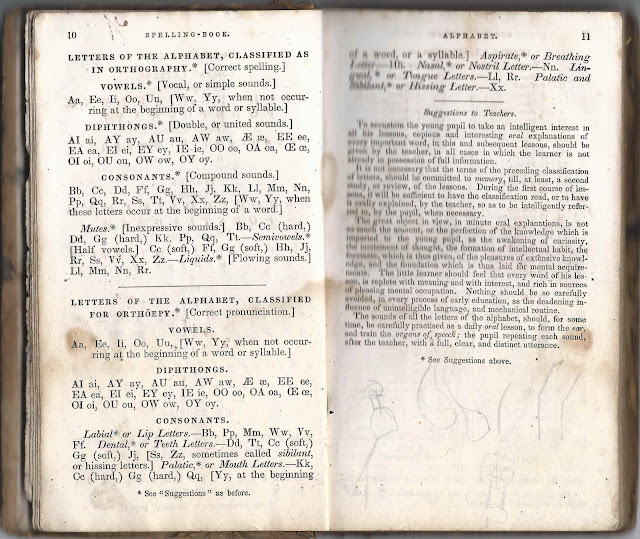 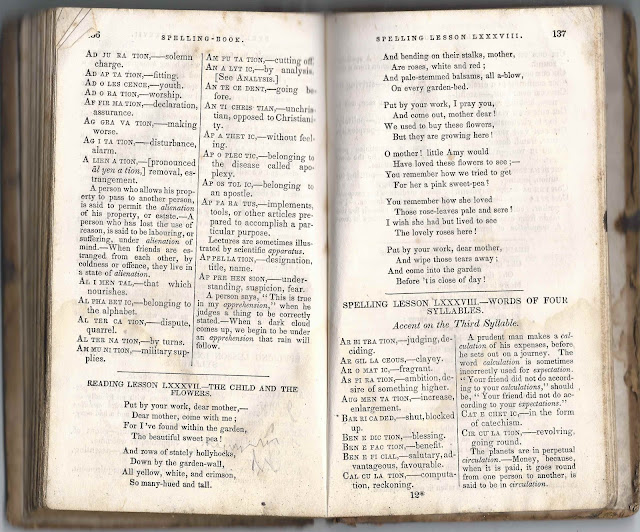 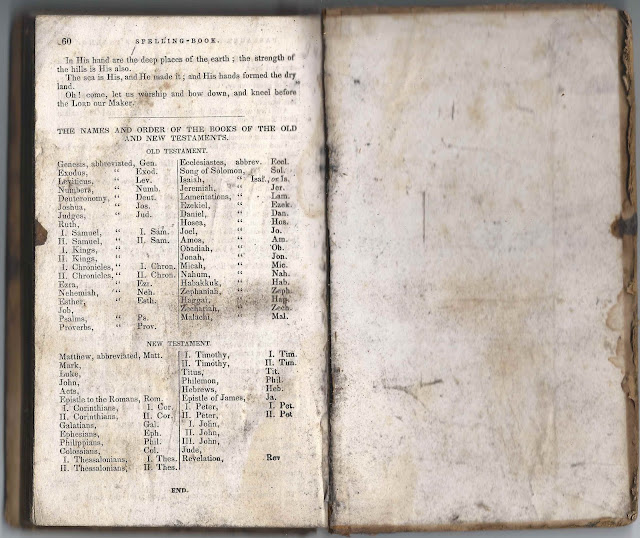 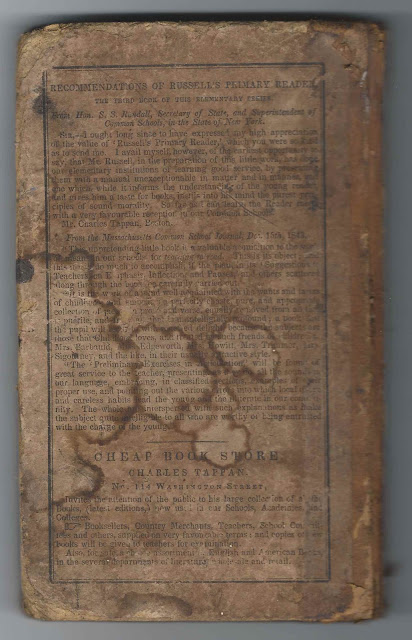