1885-1898 Autograph Album of Hattie, Presumably of the Readfield, Maine, Area 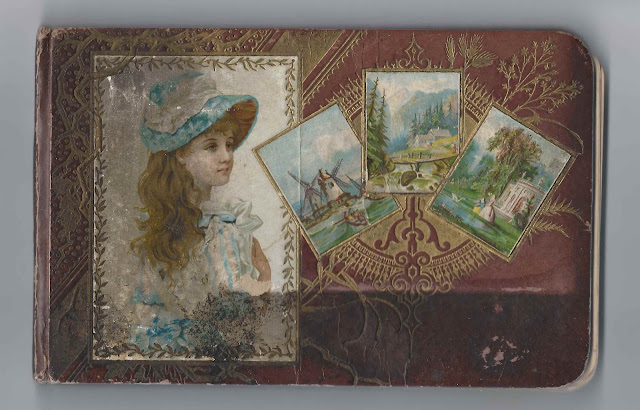 Update of July 2018: scroll down to the comments where a reader has identified Hattie as Harriet Newell Weston, born in 1862 in Winthrop, Maine, daughter of Simeon Weston and Lavina (Blanchard) Weston.

1885-1898 autograph album that belonged to a Hattie, presumably of Kennebec County, Maine, in the Readfield, Maine area.  The only clue to the album owner's name is the sentiment left by Ida M. Sanborn of Vienna, Maine, on July 16, 1887. 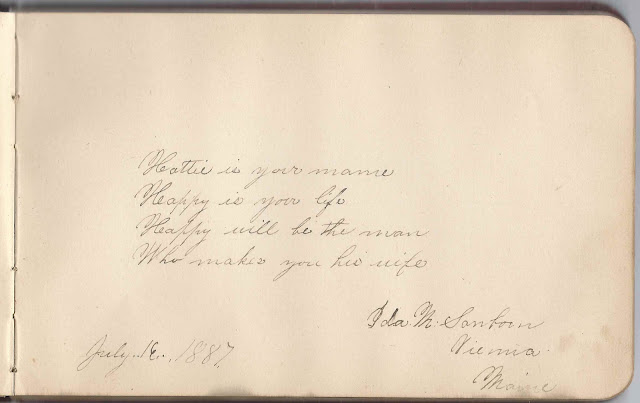 The album is approximately 7-3/4" x 5" and contains the sentiments of fourteen of Hattie's friends.  An alphabetical surname list and an alphabetical list of the signers, including any residential or personal information they gave, appear at the end of this post. 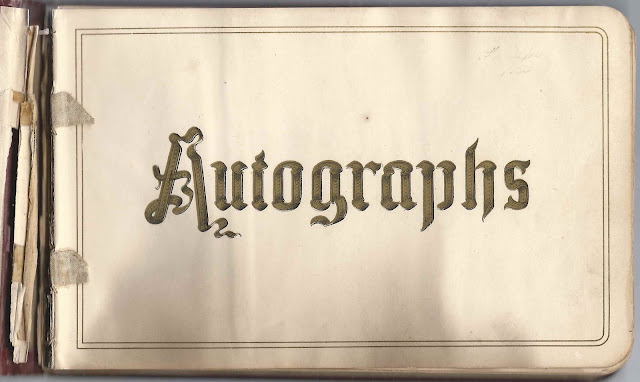 Several of the signers were members of the Weston Family.  Annie F. (Haynes) Weston and her husband Thomas Milton Weston of Kents Hill, Maine, signed facing pages; he dated his inscription December 19, 1886.  Annie F. (Haynes/Haines) Weston was the daughter of Charles and Eliza A. (Low) Haynes.  Thomas Milton Weston was the son of Simeon and Lavinia (Blanchard) Weston. 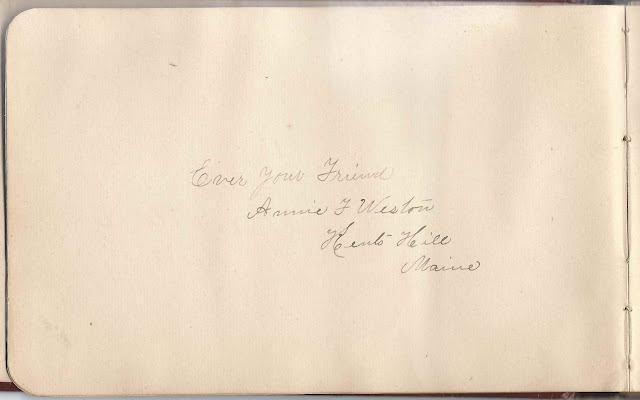 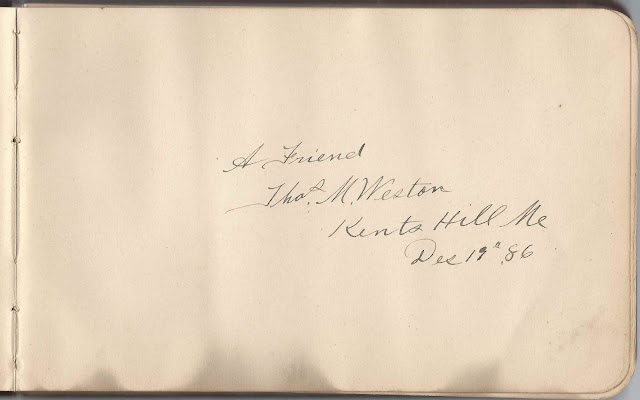 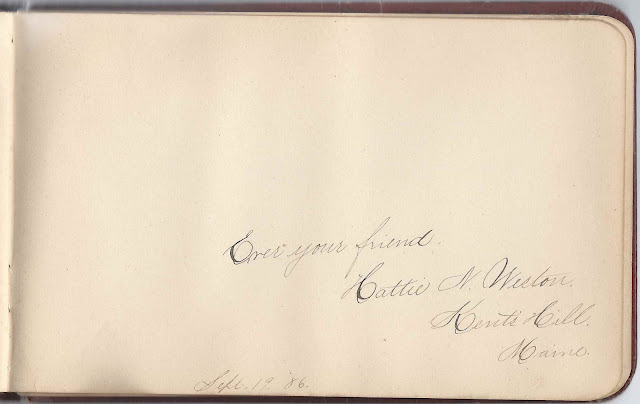 Another sister of Thomas Milton Weston who signed a page in the album was Mary Alice (Weston) Rhino, or Alice Mary (Weston) Rhino, first wife of Simeon Lewis Rhino.  She signed her page on October 2, 1886, when she was living at Boston, Massachusetts.  She later married Charles F. Taylor. 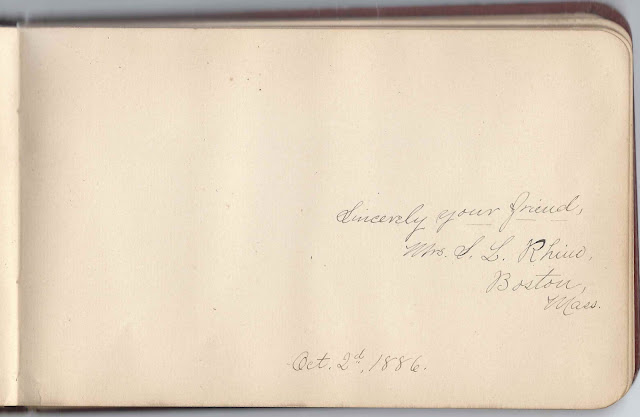 Rosie H. Haynes of Winthrop, Maine, signed a page.  She was a sister of Annie F. (Haynes) Weston. 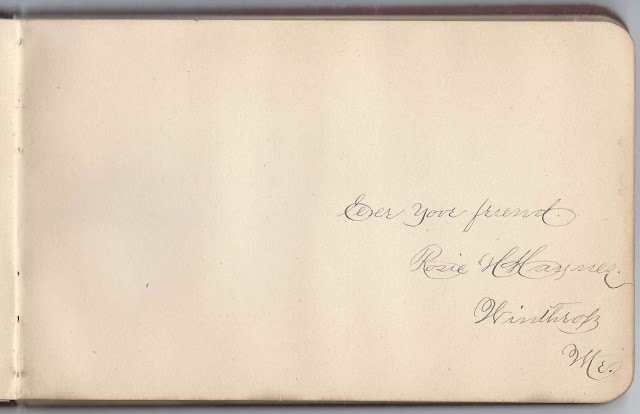 If you have a theory as to the identity of album owner Hattie, or information on any of the signers listed below, please leave a comment or contact me directly.