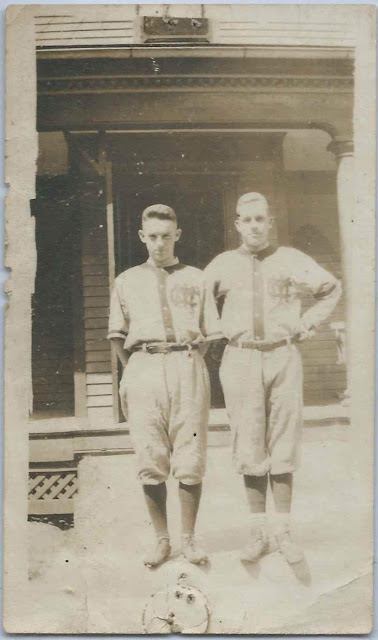 Thanks to a reader - see comment below - we now know that Clifford is the man at left and Clyde at right.

Clifford, a native of Somerville, Massachusetts who later moved to Saint Albans, Maine, with his family, went on to Bates College and a career in sales. He married twice: 1) Lavonne Coombs and 2) Marjorie E. (Green) Martin.  He died at Saint Albans, Maine, in 1993 and is buried there, in the Saint Albans Village Cemetery, with both of his wives.

Clyde Wentworth Emery, a native of Hartland, Maine, became a weaver in one of the area woolen mills. He married Vera Lillian Thomas, a Rhode Island native, in 1922 at Island Falls, Maine. Clyde died in California in 1982; he and Vera, who died in 1995, are buried in the Rose Hills Memorial Park at Whittier, California. 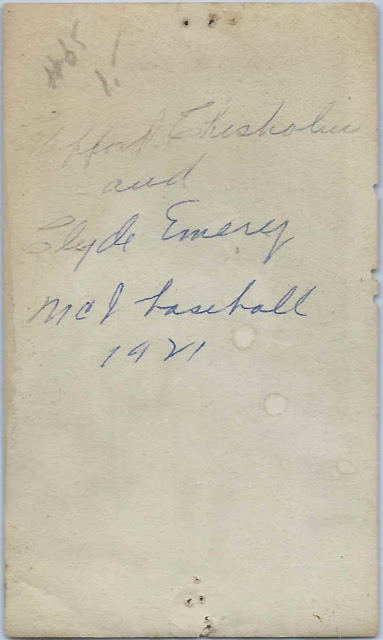 If you have information on either of these men, please leave a comment or contact me directly.  Please obtain permission before providing information on living people.