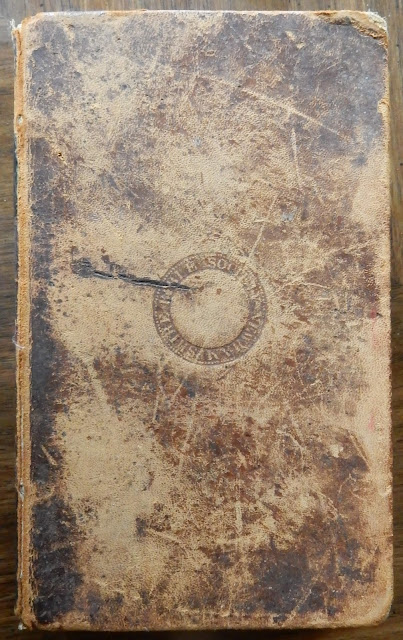 Small, thick Bible that belonged to Levi Andrews and wife Betsey (Colby) Andrews, with mentions of Nottingham, Weare and Greenfield, all in New Hampshire.  The Bible contains birth and death dates, most on the back end papers of the Bible, with more death dates on two paper scraps tucked inside. 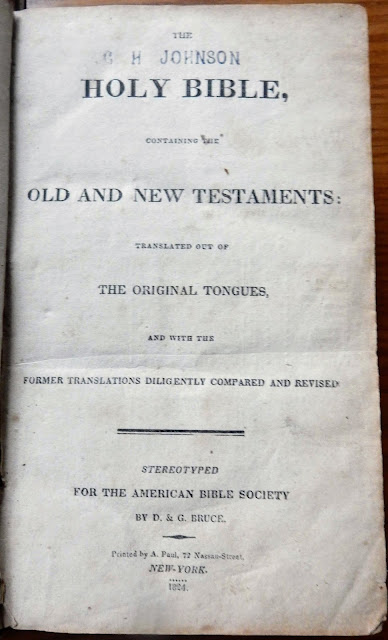 The inside cover notes that owner Levi Andrews sat in seat 11 at church. 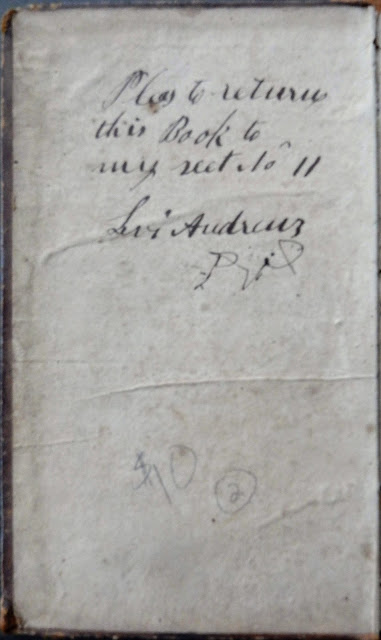 I believe Levi was the Levi Andrews born at Nottingham, New Hampshire, on October 2, 1766, to Levi Andrews and second wife Bridget (Holt) Andrews, but would like a reader's confirmation of that.  The son Levi married Betsey Colby, presumably before 1788, the birth year of the first child listed, daughter Mary Andrews.

The first end paper contains a message written in August 1828 either by or about Mrs. Betsey Andrews. 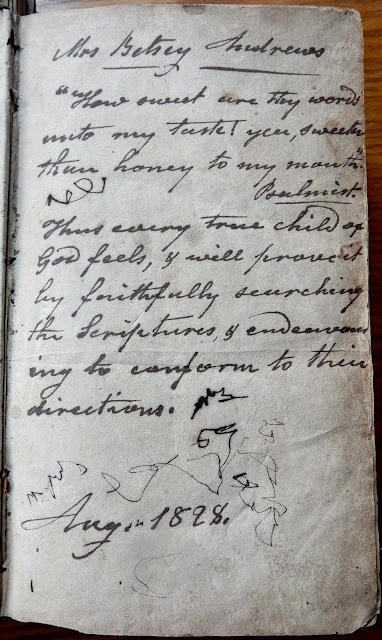 Three pages list the births of the children of Levi Andrews and Betsey (Colby) Andrews:

Readers, please check my transcription against the original images and let me know of any corrections and/or insights that would clarify or enhance the information above. 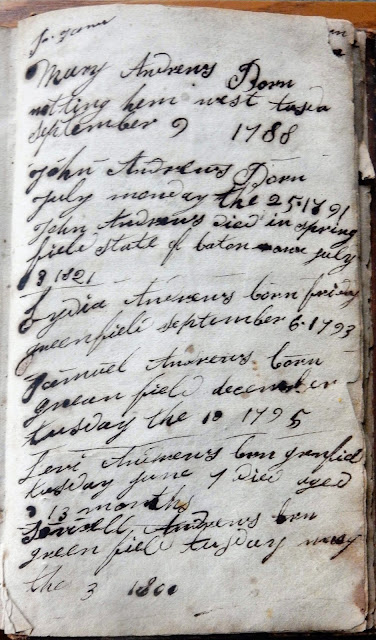 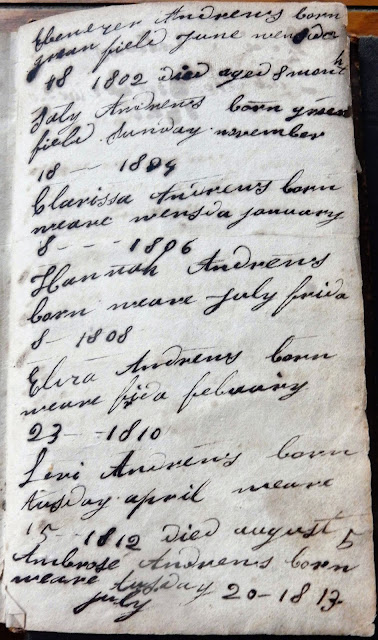 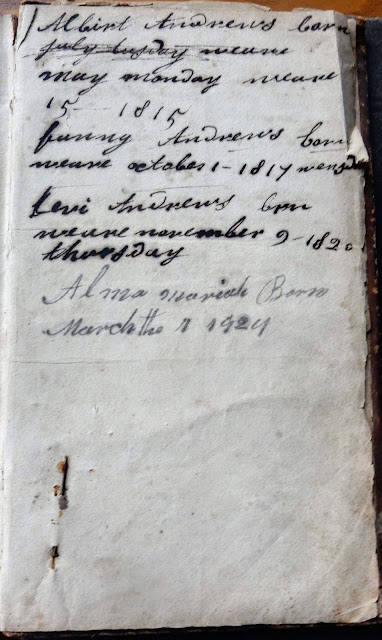 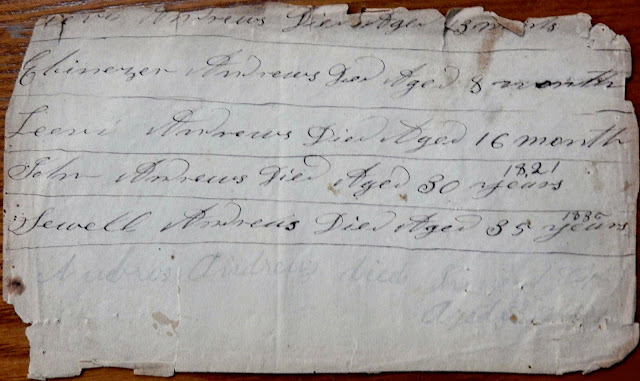 If you have corrections to any of the information mentioned above or have information on Levi Andrews, Betsey (Colby) Andrews or any of their children, please leave a comment or contact me directly.

Posted by Pam Beveridge at 7:53 AM