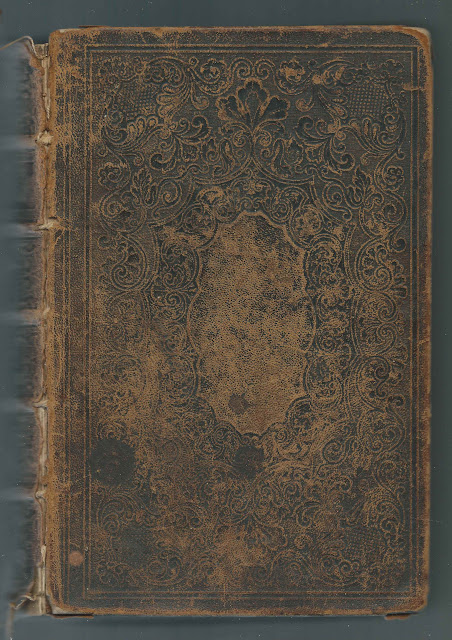 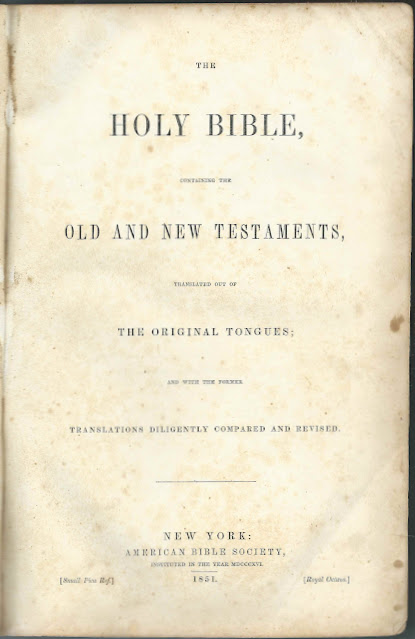 The Bible contains four Family Record pages, three of which have entries - dates only, no place names - for five people:

Josiah Henry Greene was born at Hanover, New Hampshire, on February 1, 1800, the son of Josiah and Susan (Greene) Greene.  Josiah moved to Randolph, Vermont, about 1811.  He married Susan Converse on November 11, 1834.  The marriage date is in the Bible but not the place, but it was presumably Randolph, Vermont.

Susan's birth year of 1793 is recorded in the Bible.  Another entry shows that she died August 1851; her Find-a-Grave listing gives the full date as August 26, 1851.   She's buried in the Randolph Center Cemetery at Randolph, Vermont.   There are no children for Susan listed in the Bible.

I believe Susan's parents were Joseph Converse and Mary (Johnson) Converse, who, along with several of their children, are also buried in the Randolph Center Cemetery.

On June 12, 1853, Josiah Henry Greene married Laura Hanks, whose birth date in the Bible is shown as October 27, 1815.  A Vermont birth record shows that Laura was born at Randolph Township, Vermont, to Theophilus Sargent Hanks and wife Patty (Stevens) Hanks.


The Bible shows birth dates for two children born to Josiah and Laura:
The only two death dates in the Bible are for Susan (Converse) Greene and Josiah Henry Greene, who died November 12, 1875.

Josiah and Laura, who died in 1885, and their two children, are buried in the East Randolph Cemetery at East Randolph, Vermont.

Read more about Josiah's family and how he happened to come to Randolph, Vermont in the Illustrated Historical Souvenir of Randolph, Vermont, Compiled and Published by Nickerson & Cox in 1895, on page 67. 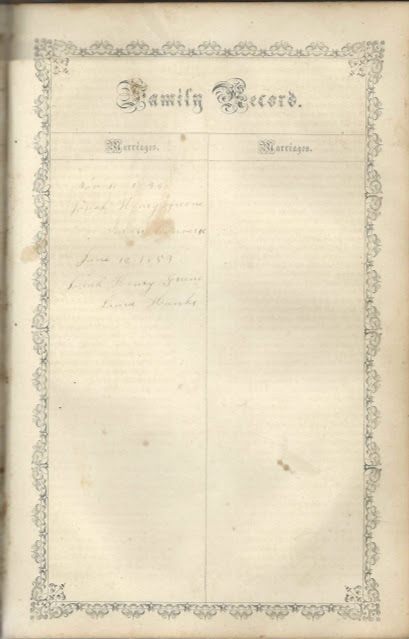 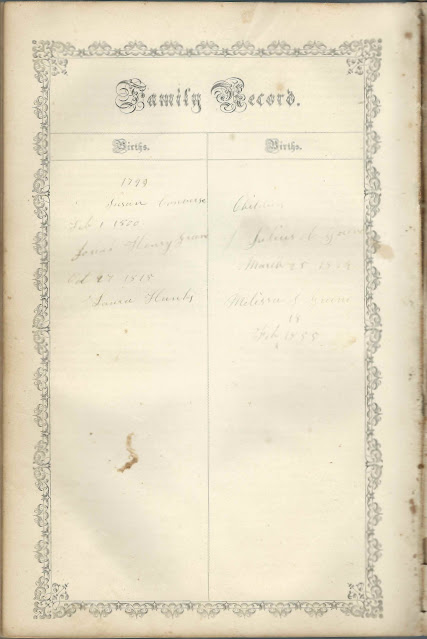 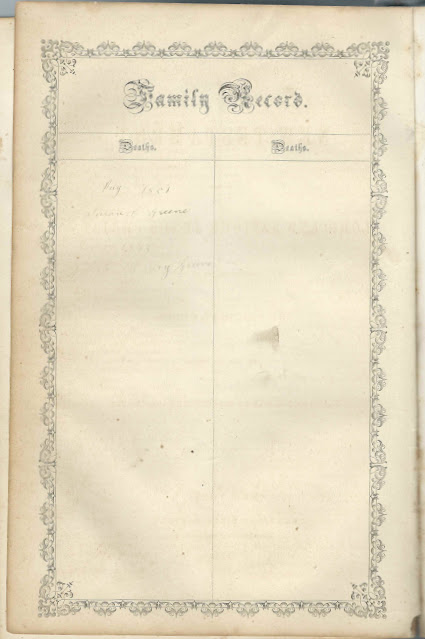 Also included in the Bible is a map of the Holy Land, apparently removed from a smaller Bible or book: 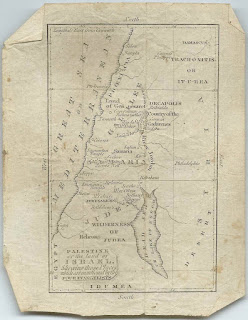