Bible of Benjamin Franklin Haugh (1829-1912) of Maryland and Indiana 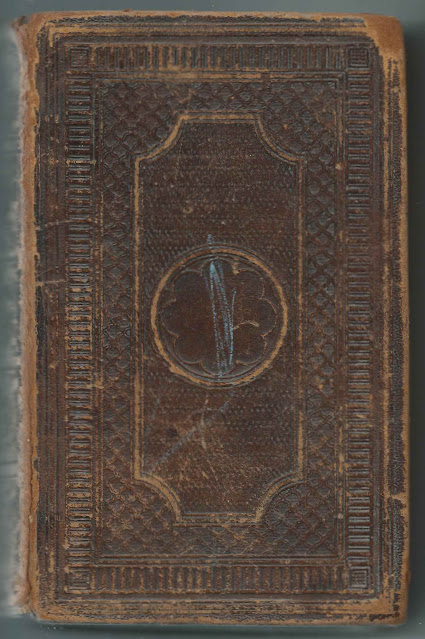 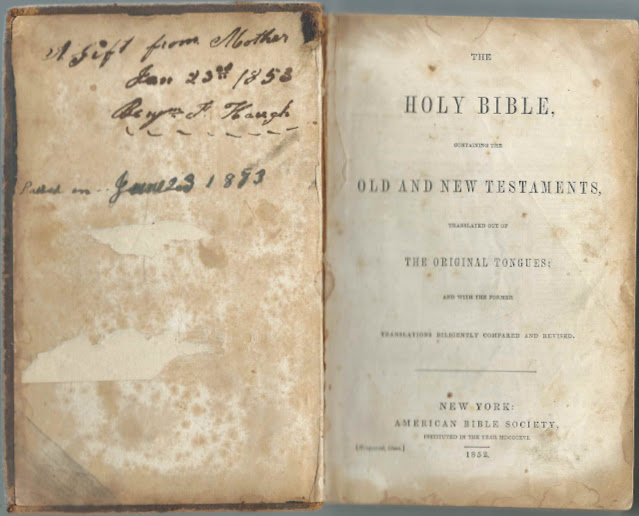 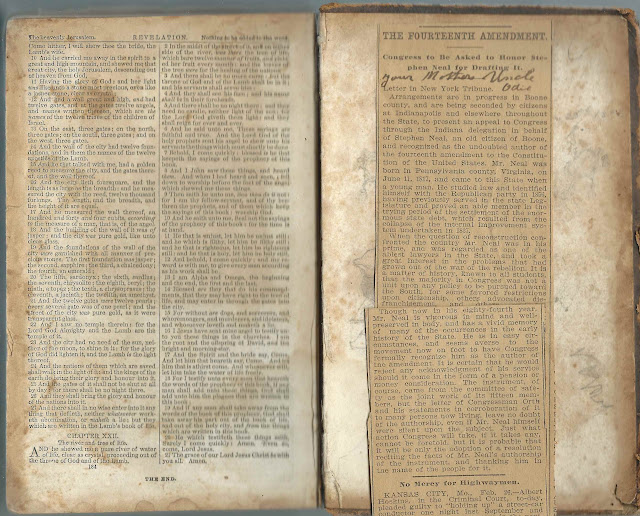 According to his Indiana Death Certificate, Benjamin Franklin Haugh was born August 19, 1829 in Maryland.  He was the son of Adam Haugh, Sr., and Mary Elizabeth (Reck) Haugh, who, about 1836, moved their family to Indianapolis, Indiana. 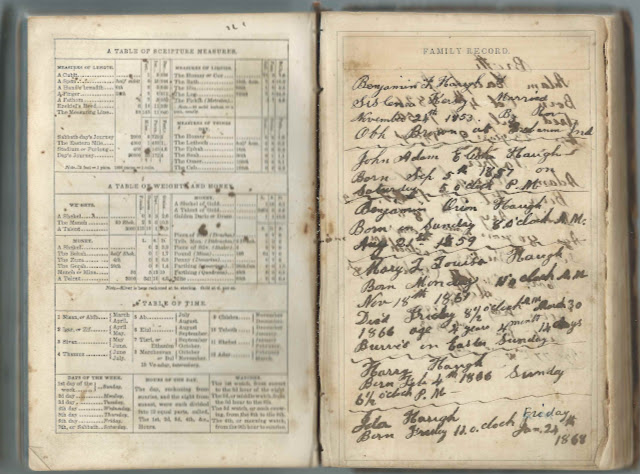 Other pages provide birth, death and age information on:
Sislenea Haugh died in 1886.  The Indiana State Library has in its collection a 12 page booklet entitled In Memory of Mrs. B. F. Haugh.   Benjamin died at Anderson, Indiana, on September 3, 1912.  Benjamin and Sislenea are buried in the Crown Hill Cemetery at Indianapolis, Indiana, with other relatives.

Posted by Pam Beveridge at 1:39 PM