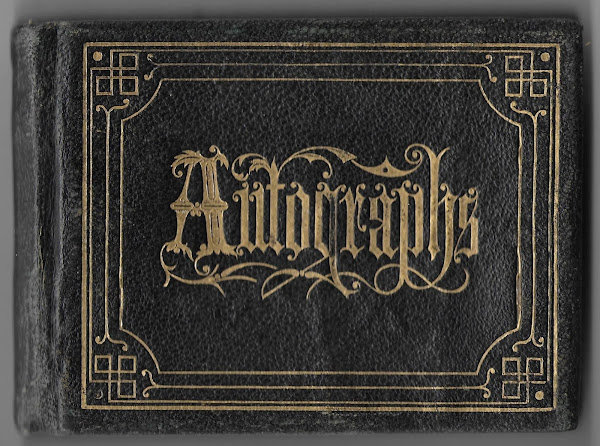 1870s autograph album that belonged to a William E. McP? of Concord, New Hampshire.
Based on clues in the album, I believe he was William Edward McPherson (1857-1949).
On the ownership page, William noted that he lived in Concord, New Hampshire,  but many pages were inscribed by schoolmates in Cape Elizabeth, Maine.  It appears that William, orphaned early, was living with his maternal aunt's family in Maine in 1874 and returned to New Hampshire by 1875, when other inscriptions were made by people in Pittsfield. 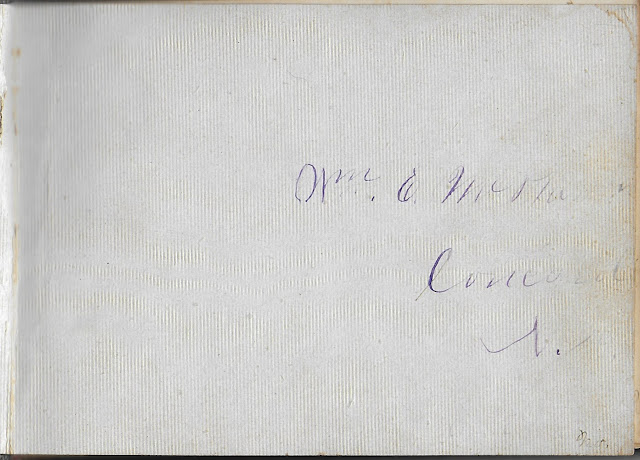 The album measures approximately 5-1/4" by a bit under 4" and contains the sentiments of 20 of his relatives, friends and schoolmates.  An alphabetical list of the inscribers, together with any personal information they offered, appears at the end of this post.
Surnames in the Album
New Hampshire
Maine
Rhoda Symonds (Newcomb) Lindall and her family in Cape Elizabeth, Maine. Rhoda's son Charles Edward Lindall (1860-1935) inscribed a page in the album. 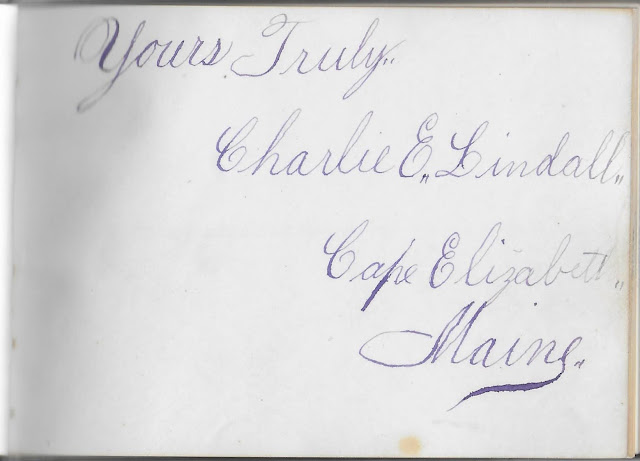 By 1875, William was back in New Hampshire, where he collected autographs from Concord, Manchester and several from Pittsfield.  About 1882, he married Nellie A. Long (1859-1926), and the couple had several children. William's obituary in the  27 December 1949 issue of the Nashua Telegraph notes that he had been business and circulation manager at that paper in the early 1900s.
If you have corrections and/or additions to the information provided here, please leave a comment for the benefit of other researchers.
Inscribers in the Album

Posted by Pam Beveridge at 4:11 PM