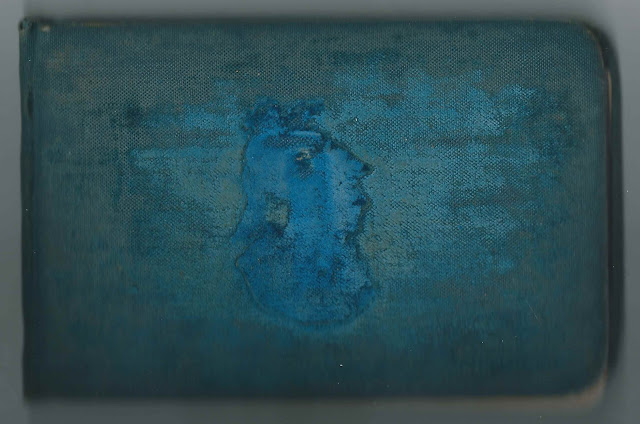 Autograph album with inscriptions from 1885 to 1911 that originally belonged to Vanette E. Ogier, "Vannie", of Camden, Maine, and then apparently passed on to her sister Frances Deborah Ogier, "Fannie", after Vannie's death in 1906.

Vannie's album measure approximately 8" by 6" and contains the sentiments of over 30 of her friends, including a page inscribed by her future husband James Henry Heal of Lincolnville, Maine, and another stamped with the name and address of J. H. Heal of Camden, Maine.

Sadly, the first few pages of the album are missing, including the title page and what might have been a page with Vannie's own inscription.  Her identity as the album owner was teased out through the inscriptions of 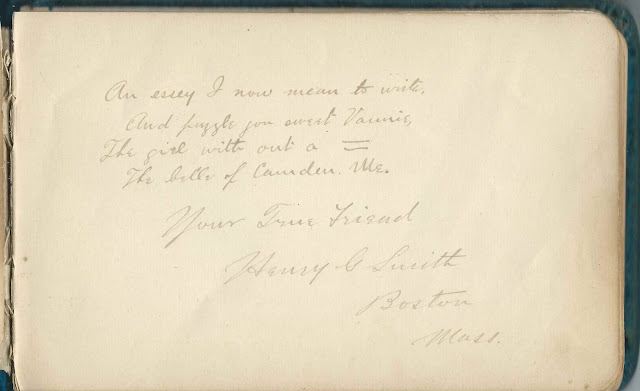 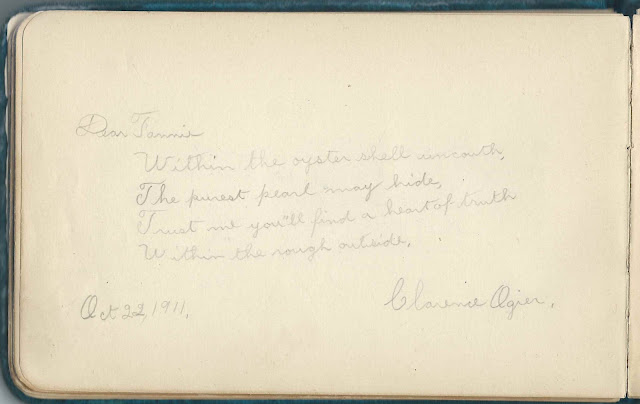 Vanetta E. Ogier, "Vannie" was born in 1870, the daughter of Samuel Emery Ogier and Martha Ann (Heal) Ogier.  About 1889, according to the 1900 Census, Vannie married James Henry Heal, son of Henry Heal and Julia Ann (Dickey) Heal.  They had two daughters, Grace Mina Heal and Helen A. Heal, before Vannie died in 1906.   Vannie, James and his second wife Bertha (Green) are buried in the Mount View Cemetery at Camden, Maine.

Grace inscribed a page in the album in 1907, after Vannie's death. 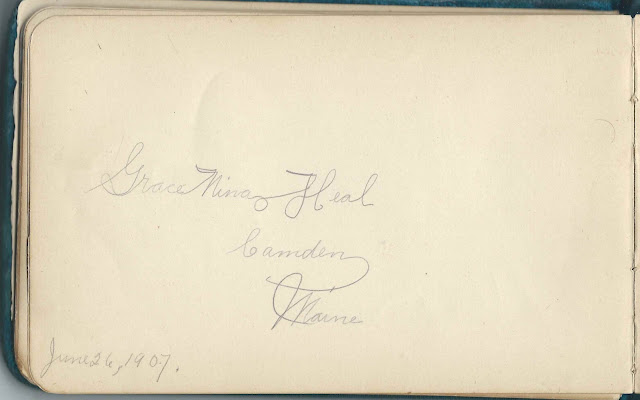