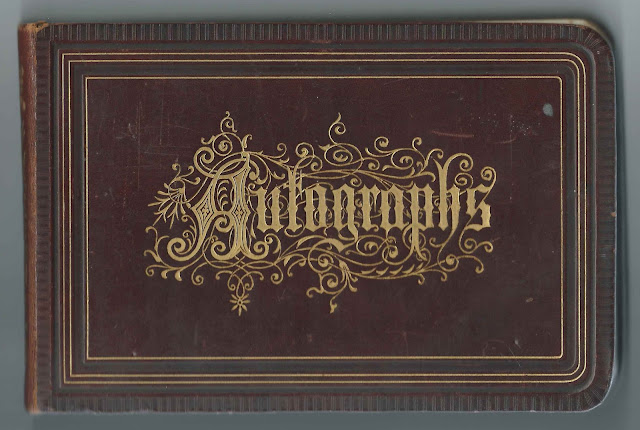 Autograph album kept by Nellie Howe (Reynolds) Hutchinson of Canton, Maine from 1878-1905, before and after her marriage to Wallace Everett Hutchinson.  Although several of the inscriptions predate Nellie's marriage, she apparently added the page below at some point after her marriage. 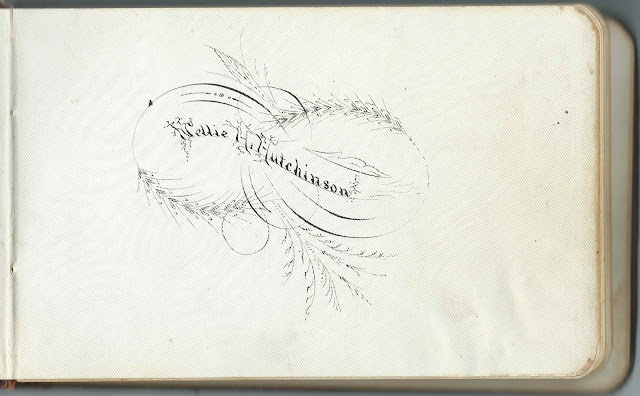 The album measures approximately 7-1/2" by 5" and contains the sentiments of 35 of Nellie's relatives and friends.  An alphabetical surname list and an alphabetical list of the inscribers, together with any personal information they left, appear at the end of this post. 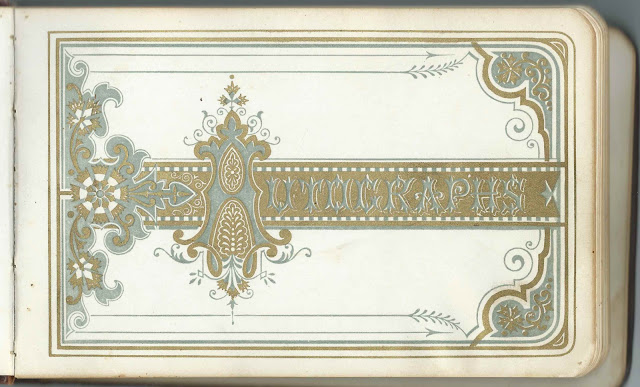 According to her death record, Nellie Howe Reynolds was born December 15, 1861 at Canton, Maine, the daughter of Thomas Reynolds and his first wife Sybil B. (Howe) Reynolds.  Sybil died in 1866, and Thomas subsequently married Livonia Hutchinson.

Thomas and Livonia inscribed pages in Nellie's album, Thomas in 1878 and Livonia in 1885. Interestingly, Thomas mentioned Herdsdale Farm, which was owned by New York City merchant Warren Ward.  Thomas may have been the farm's manager.  The house shown in this link may be the house that the Reynolds family called home. 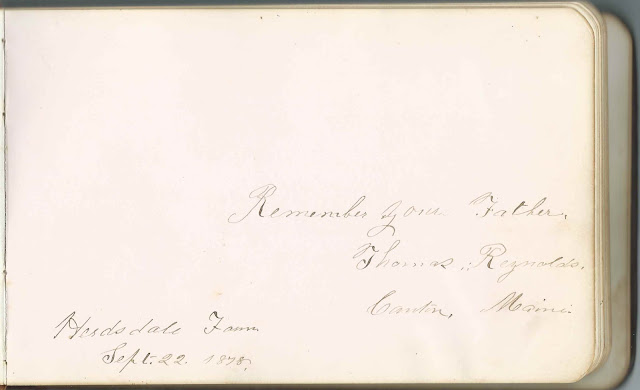 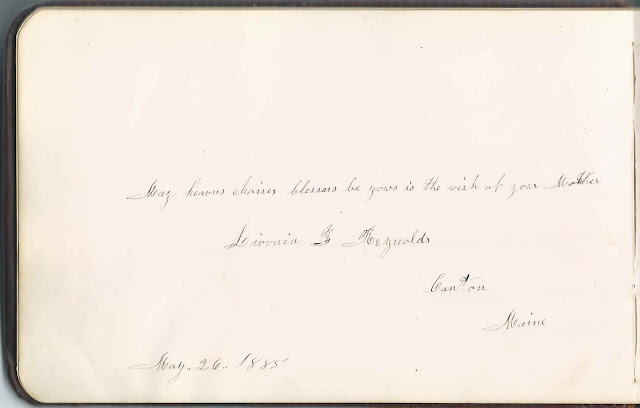 On April 25, 1880 at Weld, Maine, Nellie Howe Reynolds married Wallace Everett Hutchinson, son of Luther Hutchinson and Julia (Winters) Hutchinson.  According to his death certificate, Wallace was born April 26, 1857 at Weld, Maine.  I believe Nellie and Wallace had four children, one of whom, Hazel Velma Hutchinson inscribed a page in her mother's album and gave her residence as Berry's Mills, Maine. 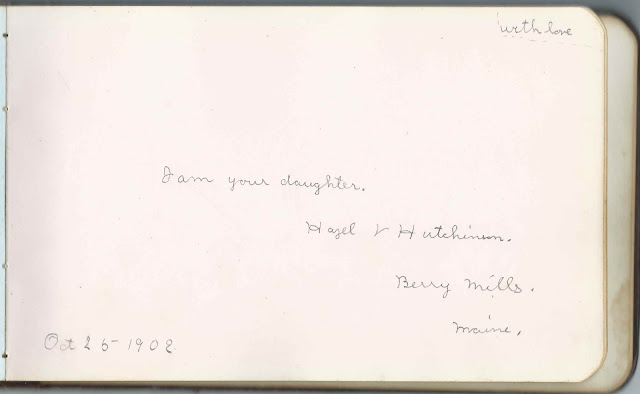 Wallace died in 1915 and Nellie in 1920; they're buried in the Pine Grove Cemetery at Canton, Maine.  If you have corrections and/or additions to the information above, please leave a comment or contact me directly.

Posted by Pam Beveridge at 9:40 AM