1904 Letter from Gilford B. Butler, Clerk of Supreme Judicial Court of Knox, County, Maine, re: Peter Stamp, b. 1865 in Germany 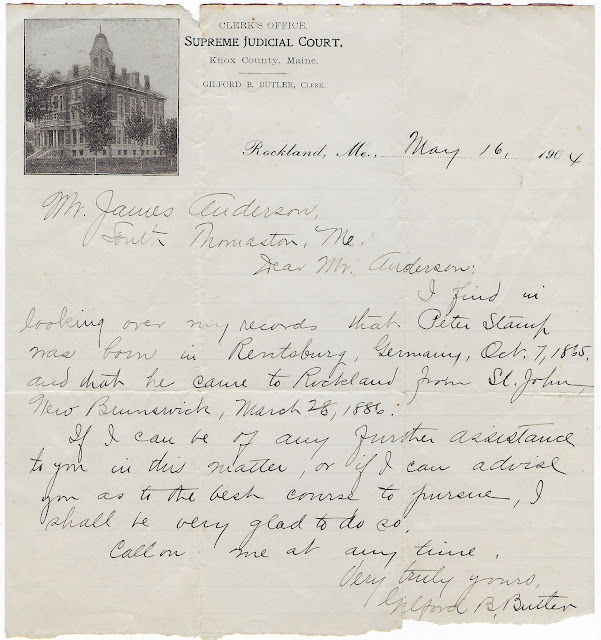 Letter dated May 16, 1904, from Gilford Brinton Butler (1874-1956), Clerk of the Supreme Judicial Court of Knox County, Maine, to James Anderson (1845-1917) of South Thomaston, Maine, in reference to Anderson's request for information on Peter Stamp.

Butler noted that Knox County records show that Peter Stamp was born in Rentsburg [perhaps Rendsburg], Germany, on October 7, 1865 and came to Rockland, Maine, by way of Saint John, New Brunswick, on March 28, 1886.

It appears that Emma was left with 5 children upon her husband's untimely death.

If you have information to share on this family and/or if you feel that Peter Stamp was someone other than James P. Stamp, please leave a comment for the benefit of other researchers.