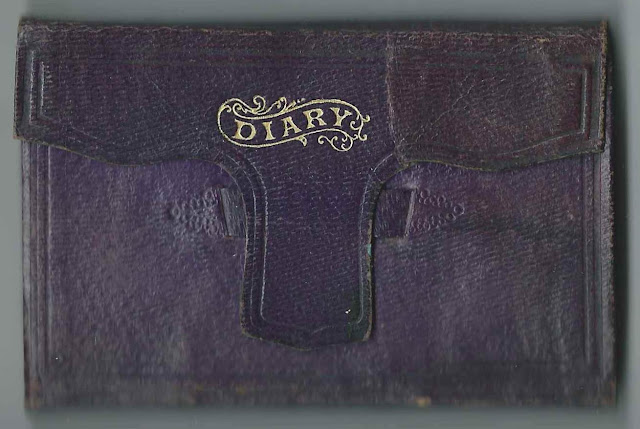 A link to a post featuring entries from February 1873 appears here and at the end of this post. 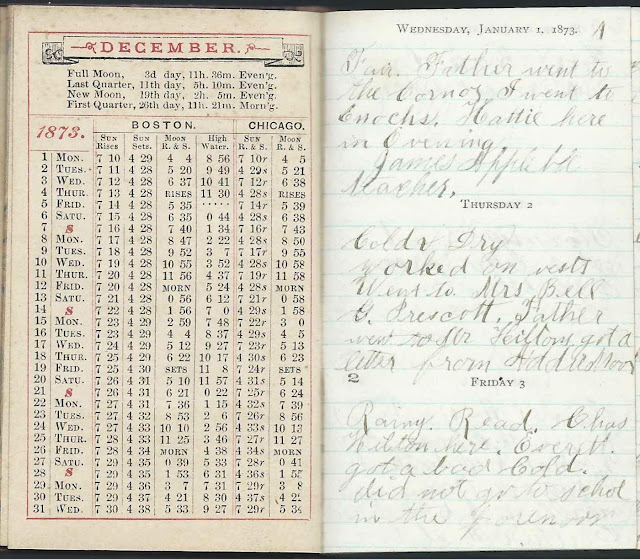 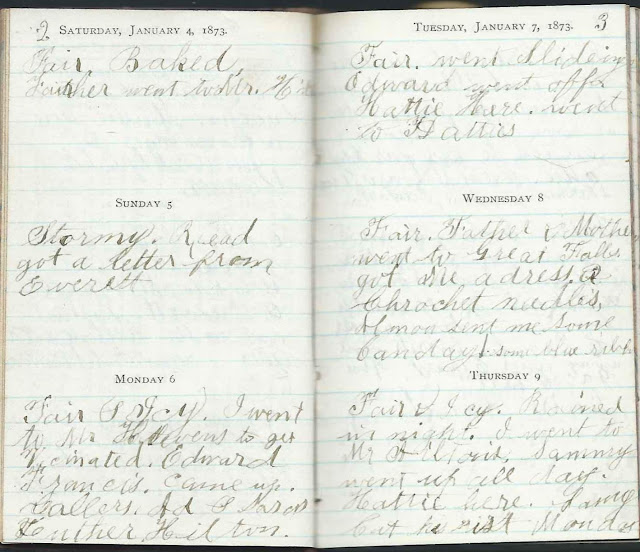 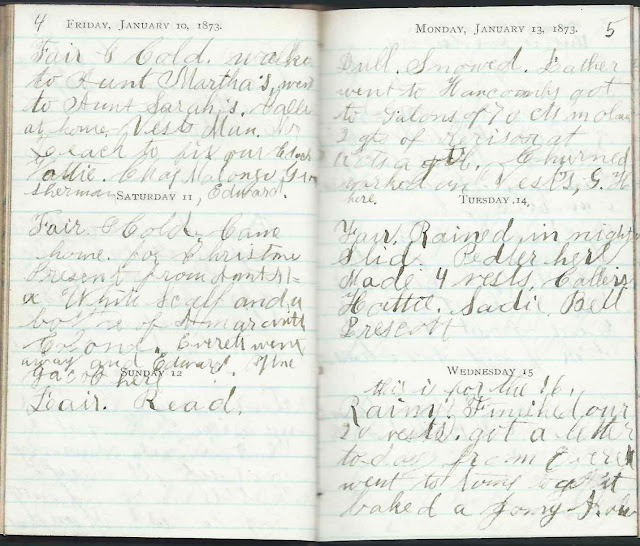 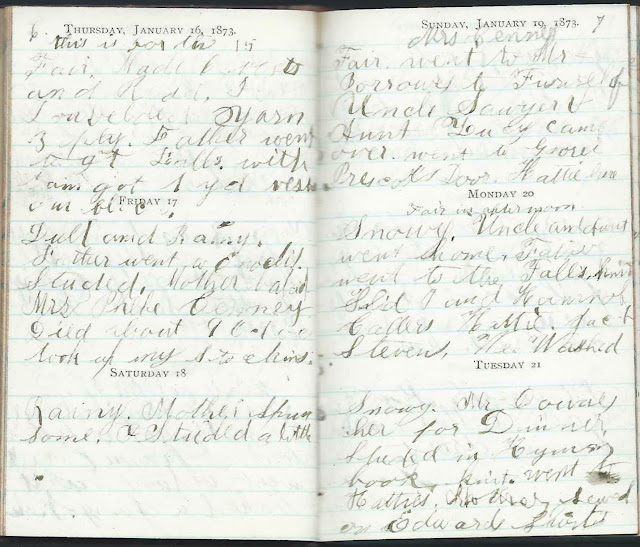 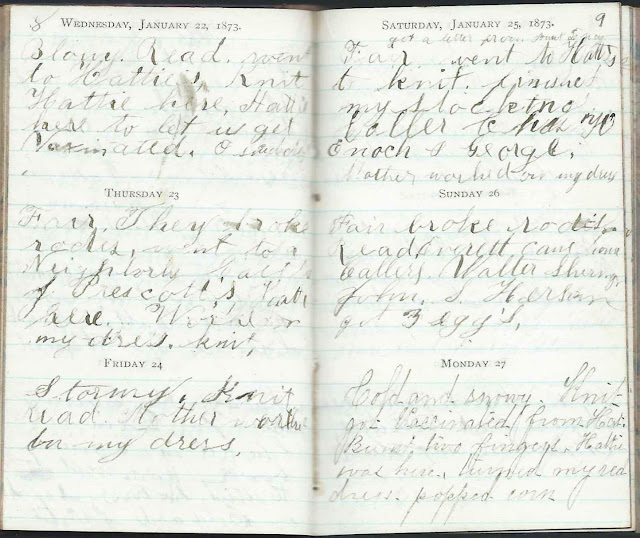 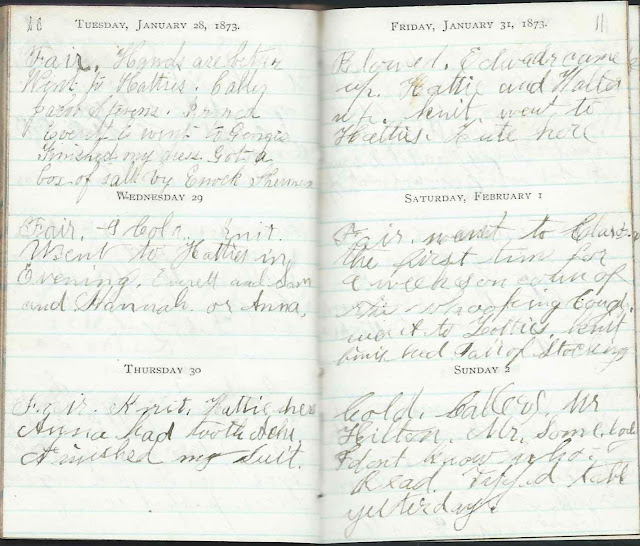 Tuesday, January 28, 1873. Fair. Hands are better. Went to Hattie's. Caller: Jacob Stevens. Ironed. Everett went to [George's or Georgie's]. Finished my dress. Got a box of salt by Enoch Sherman.

Wednesday, January 29, 1873: Fair and Cold. Knot. went to Hattie's in Evening. Everett and Sam and Hannah or Anna.

People mentioned, in order; first time only. Readers are requested to fill in the blanks.

Again, if you have any corrections, clarifications or additional information, please leave a comment or contact me directly.