1889-1916 Autograph Album of Grace Etta Charles of Kearsarge, New Hampshire and, later, Bridgton, Maine as Wife of Wilmot A. Hibbard 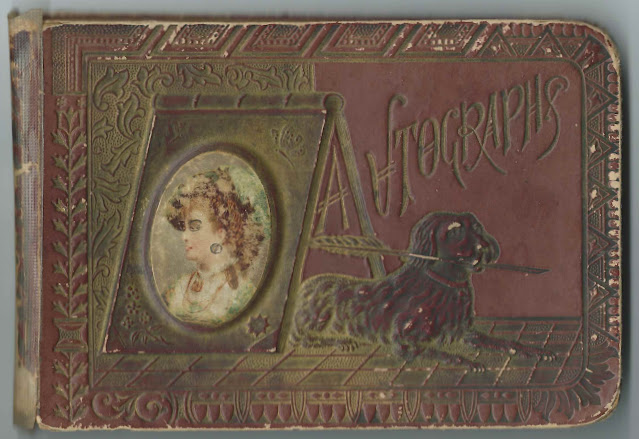 Autograph album given at Christmas 1889 to Grace Etta Charles of Kearsarge, New Hampshire, by her maternal aunt Selma B.  (Abbott) Bean.  Grace kept up her album until 1916, when, by that time, she had married to Wilmot A. Hibbard and was living at Bridgton, Maine. 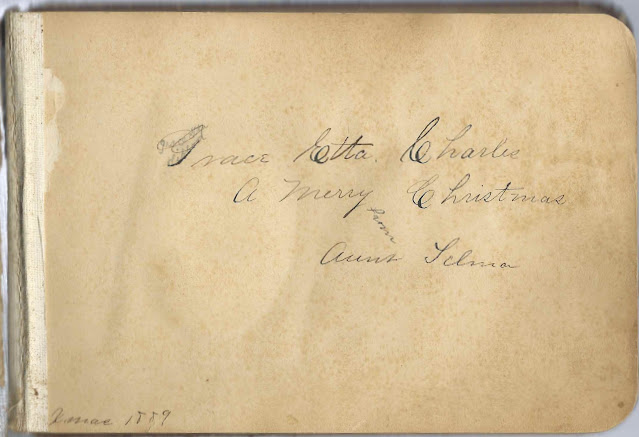 Grace herself inscribed a page on January 5, 1890. 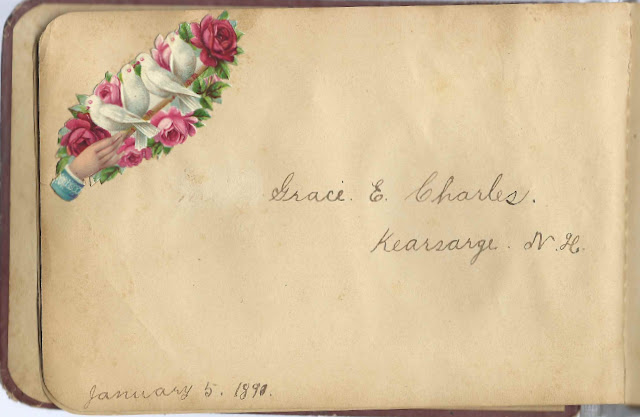 The album measures approximately 7" by 4-3/4" and contains the sentiments of 43 of Grace's relatives and friends.  An alphabetical surname list and an alphabetical list of the inscribers, together with any personal information they offered, appear at the end of this post.

Grace Etta Charles was born about May 23, 1875 at North Conway, New Hampshire, the daughter of Jason Charles and Vietta A. (Abbott) Charles.   Grace's sisters Lizzie B. Charles and Sadie A. Charles inscribed pages in her album. 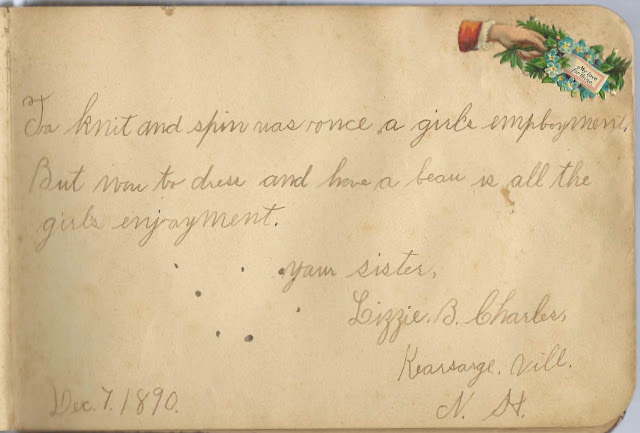 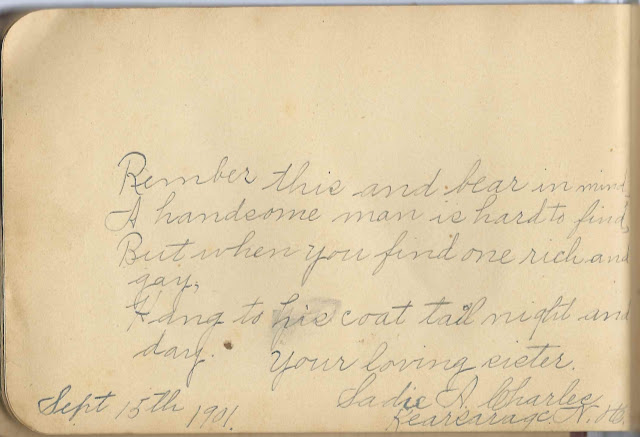 An R. I. Hibbard of West Bridgton, Maine, inscribed a page in the album on January 8, 1895.  Wilmot had a sister Rebecca I. Hibbard - could Grace's friendship with Rebecca been the reason Grace would meet and marry Wilmot? 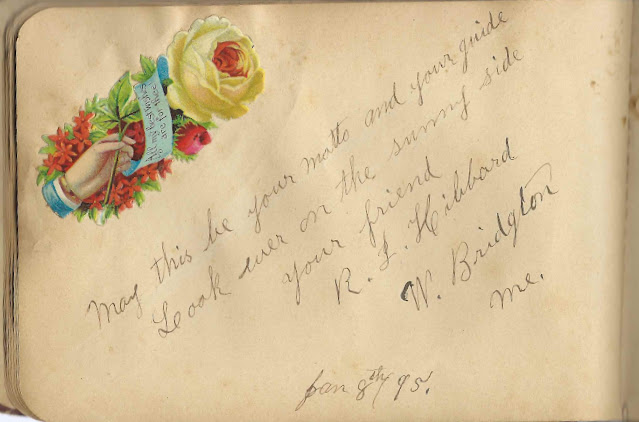