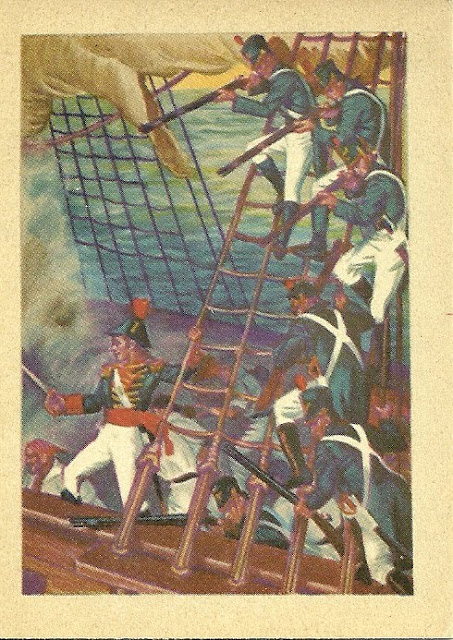 196 years ago this date, on June 28, 1814, the USS Wasp, under the command of Johnston Blakeley,  encountered HMS Reindeer in the English Channel.  After a brief but intense battle, in which the British made several boarding attempts, the Wasp was ultimately able to board the Reindeer and take command.

Approximately half of the British complement was either killed, including the commander William Manners, or wounded.  After taking prisoners on board the Wasp, the Reindeer, too damaged to be salvaged, was set afire.


The Wasp was constructed in 1813 by Cross and Merrill at Newburyport, Massachusetts, from a design of William Doughty.  Her commander was Master Commandant Johnston Blakeley, a native of Ireland who had been brought to the United States as a child in 1783.   Blakeley is considered the best naval officer of his period.


The Atalanta was an especially valuable prize.  David Geisinger assumed command of her and sailed her to Savannah, Georgia, where he arrived in early November 1814.  The crew of the Atalanta was the last to see the Wasp, which apparently foundered at sea sometime in October of 1814.


Johnston Blakeley was honored by an appreciative US Congress and posthumously elevated to the rank of Captain.  The North Carolina Congress voted to underwrite the education of Blakeley's child.  His widow was Jane Hoope of New York, the daughter of an old friend.


The above image of the battle of the Wasp and Reindeer is from a collectible gum card of Gum Products, Inc., #58, 1956.   Here is the reverse of the card: 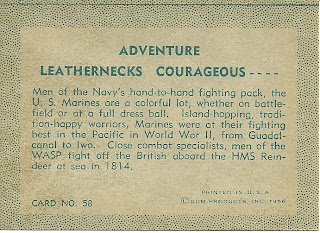 Stay tuned for War of 1812 updates, particularly concerning war activities in Maine, including the capture of Eastport (also known as Moose Island and Passamaquoddy) from 1814 to 1818.   The island had been disputed since the American Revolution.  For more information, click Eastport, Maine, in the War of 1812

Posted by Pam Beveridge at 8:37 AM